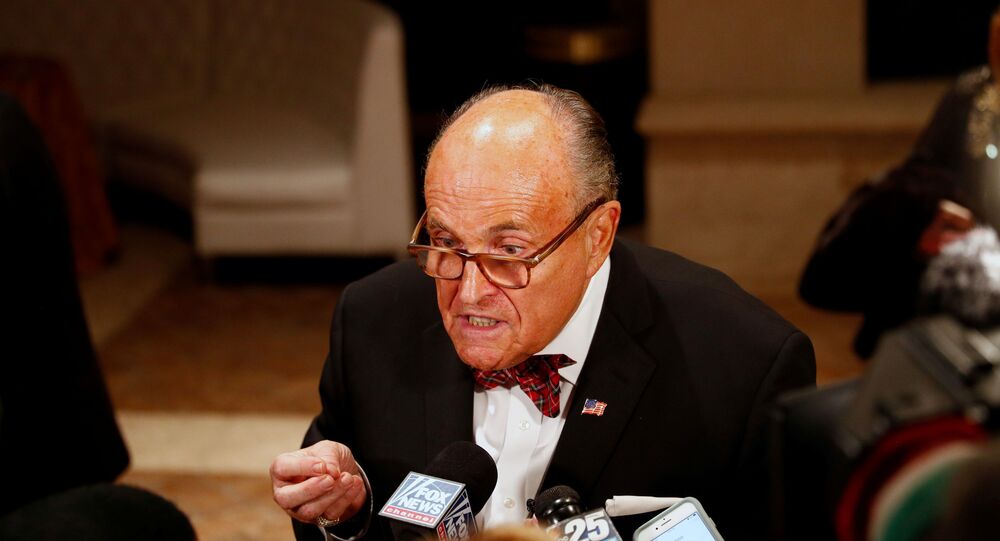 President Donald Trump’s personal attorney, Rudy Giuliani, made his statement speaking to reporters on Tuesday night while on his way into the president’s Florida resort to attend a New Year’s Eve party.

Rudy Giuliani, personal attorney to US President Donald Trump, said on Tuesday that he is willing to testify or take the case at Trump’s impeachment trial in the US Senate.

“I would testify, I would do demonstrations, I'd give lectures, I'd give summations, or I'd do what I do best, I'd try the case. I'd love to try the case,” Giuliani told reporters at the president's Mar-a-Lago resort Tuesday.

Giuliani's answer to being asked if he'd testify at the impeachment trial is completely insane pic.twitter.com/8BMjVy4r9A

Giuliani, a former federal prosecutor and former mayor of New York City, said he would use his knowledge of racketeering law, which helped him to become the New York City mayor in the 1980s.

“I don't know if anybody would have the courage to give me the case, but if you give me the case, I will prosecute it as a racketeering case, which I kind of invented anyway. It have [sic] been 30 years ago, but let's see if I can still do it,” Trump’s lawyer offered.

Trump’s lawyer was asked to testify in front of House Democrats during the first impeachment inquiry but did not comply with Congressional subpoenas, arguing instead that Trump did nothing wrong regarding the latter's dealings with Ukraine.

The Trump impeachment was launched by the Democrat-led House of Representatives over the former's 25 July telephone call with Ukrainian President Volodymyr Zelenskyy, and claims that the president asked Kiev to an launch investigation into a 2020 presidential rival Joe Biden and his son Hunter in exchange for the release of hundreds of millions of dollars in military cash to Kiev.

On 18 December, US House of Representatives impeached Trump on charges of abuse of power and obstruction of Congress. House Democrats have not yet passed the impeachment articles to the Republican-dominated Senate, which is mandated by law to try the president.