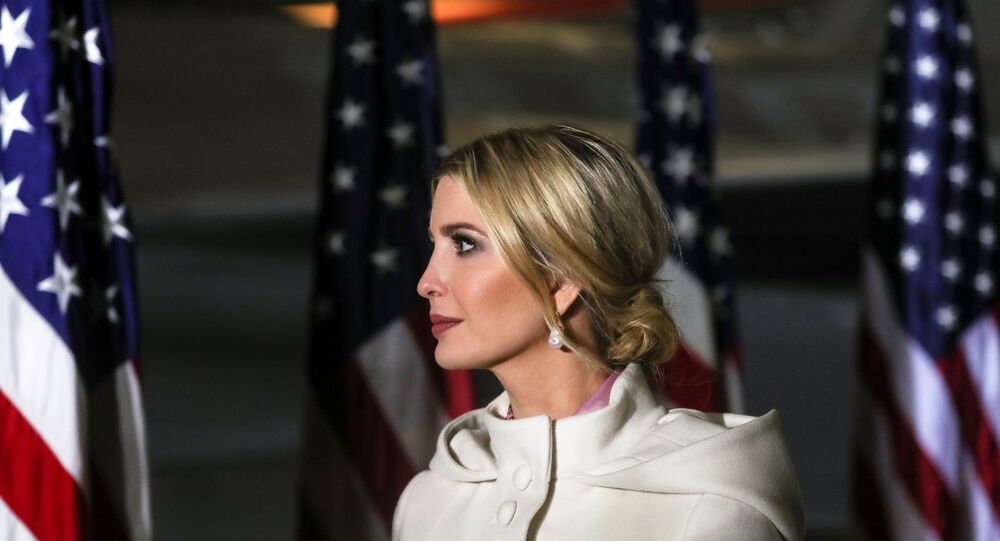 While many viewed Ivanka’s absence from the Mar-a-Lago Christmas feast as something conspicuous, given both her role in the White House and relation to POTUS, there could be an objective reason behind it.

Allegations about a Trump family rift have erupted again after netizens noticed that Fist Daughter and senior presidential aide Ivanka was for some reason absent from the family Christmas party, preferring a Christmas getaway with her husband across the Atlantic in Paris.

Upon arrival in the French capital, Ivanka captioned an Instagram picture showing the couple enjoying a drink in French, posting: “table our deux,” although it remains unclear if the two were travelling with or without their three kids.

“I’m now singing 'tea for two and two for tea'", one posted while others enthusiastically applauded the place where the Trump-Kushner couple posed. “Scenery is gorgeous", one remarked, while another resorted to a bit of scrutiny asking “how much this costs taxpayers".

Whatever the case, Ivanka may have opted to celebrate the festive occasion without the rest of the extended Trump family, due to her not having observed Christmas like the rest since she converted to Judaism to marry Jared Kushner, an Orthodox Jew, in 2009.

This year, the couple celebrated the traditional Jewish festival Hanukkah, from 22 December to 30 December, which marks the rededication of the Second Temple and part of the festival tradition to light one candle each night of Hanukkah.

She likewise addressed her Christian subscribers, wishing them a happy holiday:

“May you have the gift of faith and the blessing of love this Christmas Day and always. Wishing you a very, Merry Christmas", she tweeted around Christmas.

The rest of the presidential family held a large Christmas gathering for relatives and friends at their Mar-a-Lago estate, which saw among other guests Melania Trump’s parents Viktor and Amalija Knavs visiting the first couple. Donald Trump Jr. was also spotted attending the Christmas dinner, along with his girlfriend Kimberly Guilfoyle.

Interestingly, the first rumours of Ivanka’s alleged rift with the rest of the family popped up after she continuously abstained from commenting on the Trump impeachment inquiry, kick-started in late September, before calling the identity of the whistleblower whose complaint triggered the House probe “not particularly relevant" in November.

The supposed rift has also been touched upon by Kate Bennett, the author of Melania Trump's biography who has in her tell-all book addressed rumoured tensions between Ivanka and her father's wife. Bennett wrote that the two women are “cordial, not close”.