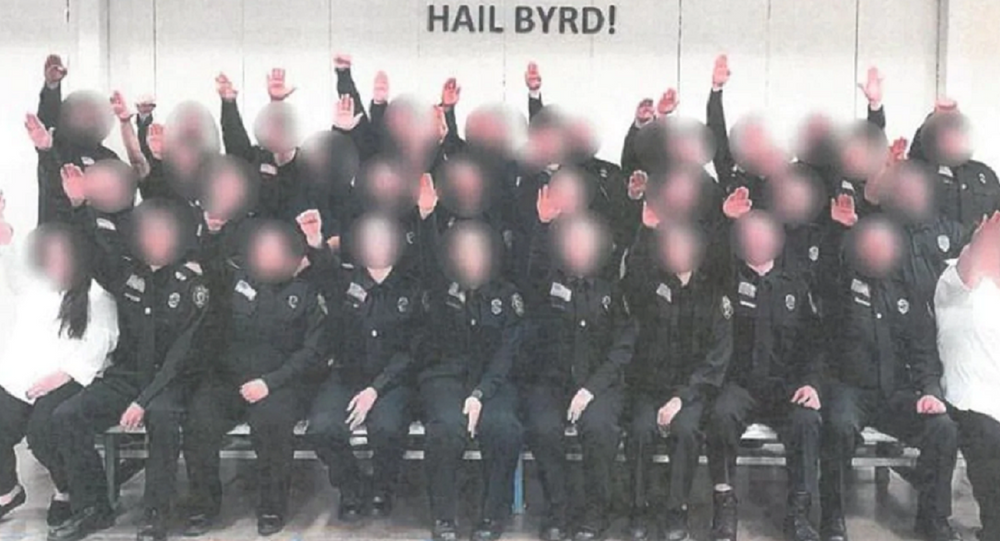 West Virginia Governor Jim Justice has approved a recommendation for the termination of over two dozen Corrections Academy trainees after the widespread dissemination of a group photo showing the individuals doing a Nazi salute.

Dozens of West Virginia Division of Corrections and Rehabilitation (DCR) Academy trainees are expected to be terminated, and several other employees of the facility will likely be disciplined, following a Monday press release from the state’s governor.

“I have reviewed the factual information regarding this incident that was provided by [West Virginia Cabinet Secretary Jeff Sandy], and have approved all of his recommendations,” Justice said in the release. “I expressed my thanks to him and the entire Department [of Military Affairs and Public Safety] for quickly getting this report done.”

Earlier this month, Sputnik reported that more than 30 individuals of the DCR Academy's Basic Training Class Number 18 had been photographed doing a straight-armed salute popularized as a sign of obedience to Adolf Hitler’s Nazi Germany and used today by active fascist and white supremacist groups. The image, taken during a class conducted between October 21 and November 27, quickly became the subject of an investigation by the West Virginia Department of Military Affairs and Public Safety.

This is a real photo from the West Virginia Division of Corrections, 2019.

The officers are all doing a Nazi salute.

This is what we’re up against. pic.twitter.com/N7jIuTsavO

Initial reports from officials stated that 34 trainees, two training instructors and one cadet were recommended for termination for their actions in the picture, but a final number was not provided in Justice’s Monday release or the cabinet secretary’s report. Another four instructors who are “known to have seen the photograph but failed to report its content” were recommended for suspension without pay.

Sandy’s recommendation did specify that all trainees who saluted in the photo, whether they used an open palm or a fist, should be terminated. According to DCR Commissioner Betsy Jividen’s investigation into the matter, the picture had to be taken multiple times due to some trainees’ unwillingness to do the open-handed salute. However, those opposed to opening their palm were depicted with a straight-armed, closed-fist pose in the picture in question.

Sandy noted that even though the cadets claimed “they feared they would not graduate, or would be disciplined for failure to follow the order of a superior” if they did not salute, they still performed the move.

“Nonetheless, their conduct, without question, has also resulted in the far-reaching and harmful perceptions that are the antithesis of the values we strive to attain,” the secretary said.