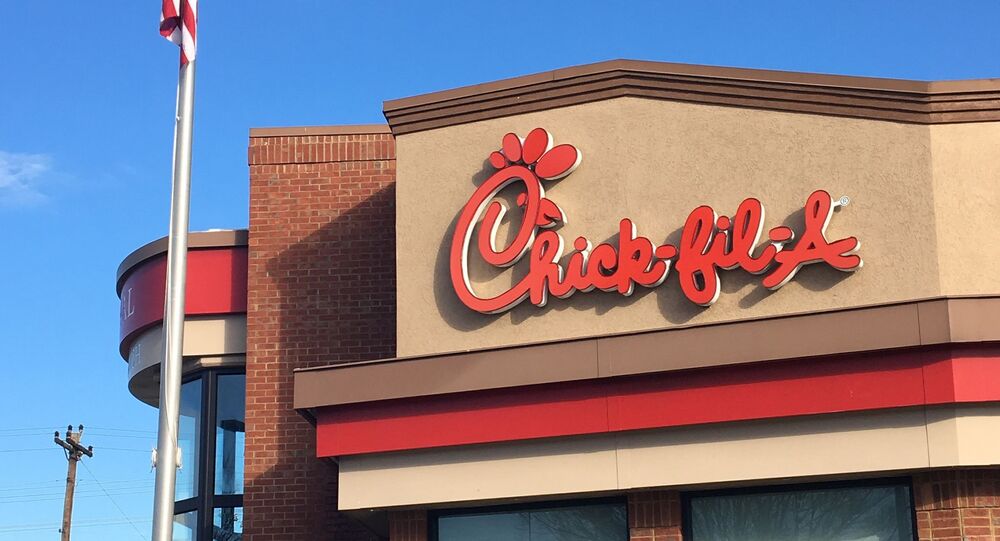 ‘I Go Just to See Him’: Video of Kind Employee at Chick-fil-A in Wilmington Goes Viral on Internet

Chick-fil-A is one of the most well-known fast-food chain restaurants in the United States, listed as the favourite restaurant chain for American teenagers, according to a October 2018 Piper Jaffray survey, a semi-annual research project that gathered input from thousands of teens in the US.

Footage of an employee at a Chick-fil-A chain restaurant in Wilmington City, North Carolina, went viral in the second half of December after a customer filmed him and posted the video to Facebook, praising the young man for his kindness and politeness.

Toya Liles, a frequent customer, filmed Jeremiah Murrill, 20, who works at the Oleander Drive location in Wilmington City, while he was taking her order at the car during her visit to the eatery. The video features Murrill, who was wearing winter clothes, complimenting the customer and her passenger for their “amazing ordering” and being “very good”.

“You’re one swipe away from an awesome lunch, ma’am,” he told Liles, before swiping her credit card on his point-of-sale device. “It’ll be a pleasure serving you at our drive-thru window after two more things — do you know what that is?... That’s a fist-bump each. You guys are awesome,” Murrill said, answering his own question.

Liles posted to Facebook that Murrill is “like this ALL the time. The world needs more people like Jeremiah. His positive attitude and his exhilarating spirit can brighten anyone’s day,” the customer later added, quoted by Fox News.

Many Facebook users commented on the Liles post and praised the young man for his politeness, claiming that he had served them personally.

“You could literally be having the worst day and he would turn it around,” a user said, adding that he “truly miss[es] this location because of him”.

Another Facebook user said that he “loves” the worker, claiming that he visits the fast food restaurant “just to see him”.

Me: Is it ok if you can give me one more sauce ?

Murrill was later interviewed by local ABC-affiliate TV station WWAY. He said that he didn’t think anything of the video filmed by Liles, as he is always “kind and nice” to all visitors of the restaurant.

“I’m so humbled by the attention this video is receiving. I just want to help people in any way I can, so seeing someone’s day transformed by a little kindness is amazing. I love that Chick-fil-A affords me the opportunity to make a positive impact on peoples’ lives,” Murrill said.

Chick-fil-A, the Latest Victim of ‘Cancel Culture’ and ‘Censorious Left’