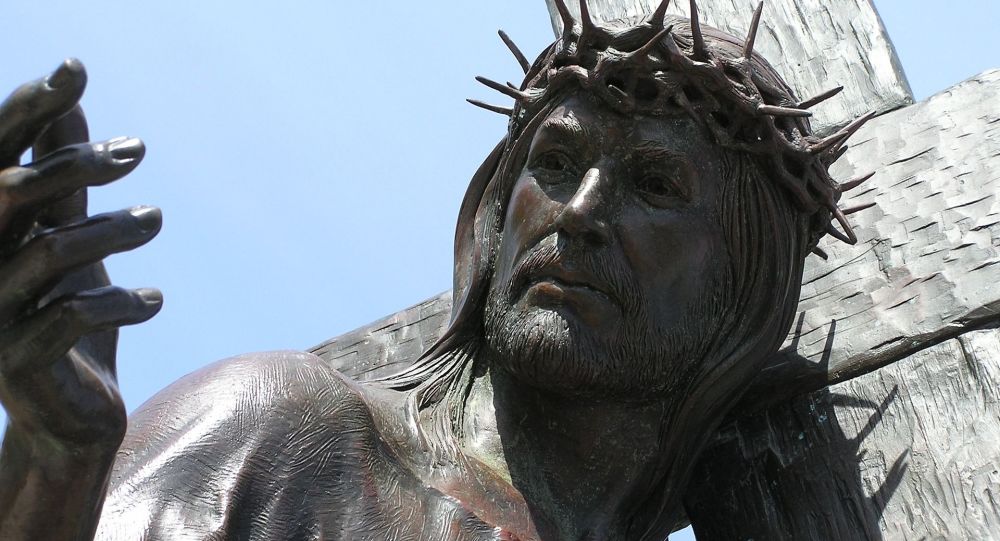 Trump Shares Meme Claiming Jesus Would Prefer Him Over Obama

With less than a year before the presidential election, Donald Trump’s monolithic support from the evangelical community has appeared to show signs of strain after an influential Christian magazine called for him to step down.

Donald Trump has shared a two-year-old meme suggesting that Jesus would like him more than Obama.

The tweet, posted by a Conservative Twitter user in January 2018, depicts a long-haired, bearded man in a robe carrying luggage. It reads, “Obama kicked me out, Trump invited me back".

The caption also stated that Trump was “heaven sent in order to save and protect the most gracious, benevolent, and in turn, prosperous country ever".

As one might have expected, a host of people countered by claiming that Jesus wouldn’t be happy with Trump either.

Donnie is the farthest thing from Christianity possible. And to politicize the image of Jesus is disgusting.

What part of Donald Trump's past would Jesus be more proud of? Lust? (Stormy) Pride? (Too many to count) Greed? (Duh!) Envy? (He can't stop comparing himself to Obama) Wrath (Again Duh!)

Looks like that Jesus would be held in a cage at the border under this Admin.

A foreign fella wearing a dress!!! No entry.

This is shameful.
And divisive.
Not exactly a Christian perspective.

Donald Trump has enjoyed steady support from some Christian voters: four in five evangelicals voted for him in 2016, when they accounted for one-third of all Republican voters and around one-fifth of all registered voters in the country.

The president has appealed specifically to his Christian base a number of times of late, after the prominent evangelical magazine Christianity Today claimed that he is “morally unfit for office” and made the case for his removal.

Trump in response verbally attacked the outlet and announced a campaign event for evangelicals in an Apostolic megachurch in Miami, while a GOP lawmaker compared the crucifixion of Jesus to the impeachment process of Trump.