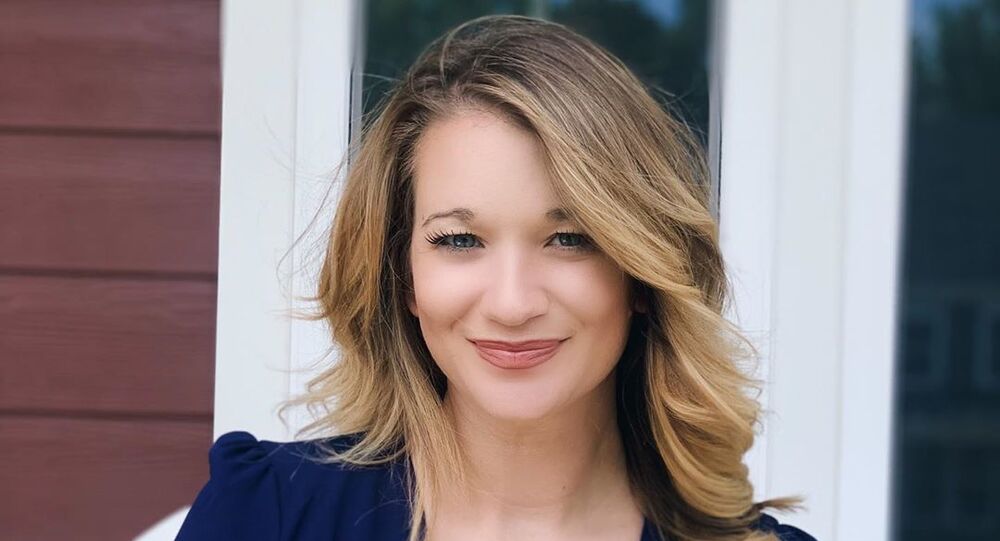 Aliscia Andrews decided to join the United States Marine Corps after she learned that her high school friend had been killed while serving in the Army.

In an interview with The Daily Wire on Friday, she concentrated on what prompted her to do so especially given that if elected, she would become the first female Marine-turned-Congresswoman.

When asked what inspired her to get into politics, Andrews, who currently works with the Department of Homeland Security and Intelligence community focusing on border security issues, said that commitment and service to her country has always been in her blood.

“But every day I see more and more problems and less solutions. For me, running for office is just one more way I can serve my nation and solve the problems we face as a country, whether that’s guns, healthcare, immigration, or national security”, she said.

Andrews explained that she had moved to unseat Democratic Representative Jennifer Wexton because “most importantly she [Wexton] doesn’t represent the issues that matter to the people of Northern Virginia”.

“She’s taken on radical leftist positions when the people that sent her to Congress don’t share the same ideology. […]She’s promoting a society that encourages anarchy over the rule of law.[…] She enables partisan politics and obstructionism. She doesn’t want to find a common ground solution and she would rather side with the fringes of her party than allow our country to solve problems and unify”, Andrews claimed.

She underscored that if elected, she would first and foremost try to address top-four issues, including immigration, national security, economy and trade as well as the Second Amendment to the US Constitution, which refers to a pre-existing right to keep and bear arms.

#TeamAndrews will be on #FoxAndFriends tomorrow at 645a! #VA10matters and it’s time to show America, #VA10 is here and we’re #notdone, on the journey to 2020! Join us ➡️https://t.co/T348wEY2rl pic.twitter.com/J4eVmEkoep

She admitted that immigration is the most important issue to her because she said she works with the Department of Homeland Security (DHS) and sees “firsthand the violence and horror that occurs at our southern border”.

“We’ve seen countless stories where illegal immigrants commit crimes where American citizens are killed. […] And to top it off, our law enforcement isn’t even allowed to turn illegals over to the feds to deport those with federal detainers. This is not the country I want my children to grow up in”, Andrews pointed out.

She insisted that “everyone should vote for Republicans for one simple reason: individual liberty and freedom”, adding that she served in the USMC “to defend these sacred rights”.

“Democrats want one thing: government control over every aspect of life and to control the value of each citizen. It’s up to us to educate and explain what that means to everyone”, Andrews added.

When asked what areas of the Republican Party’s platform she thinks need to be addressed, and/or changed, Andrews said that the Republicans need to refocus their platform “when it comes to the federal budget”.

“We campaigned for years about our national debt being too high, but it is still rising. We need to get serious about cutting wasteful spending and reducing the deficit before it’s too late. We also have to start talking to groups that haven’t heard from Republicans”, she concluded.

US Marines Allowed to Carry Umbrellas After 200-Year Ban