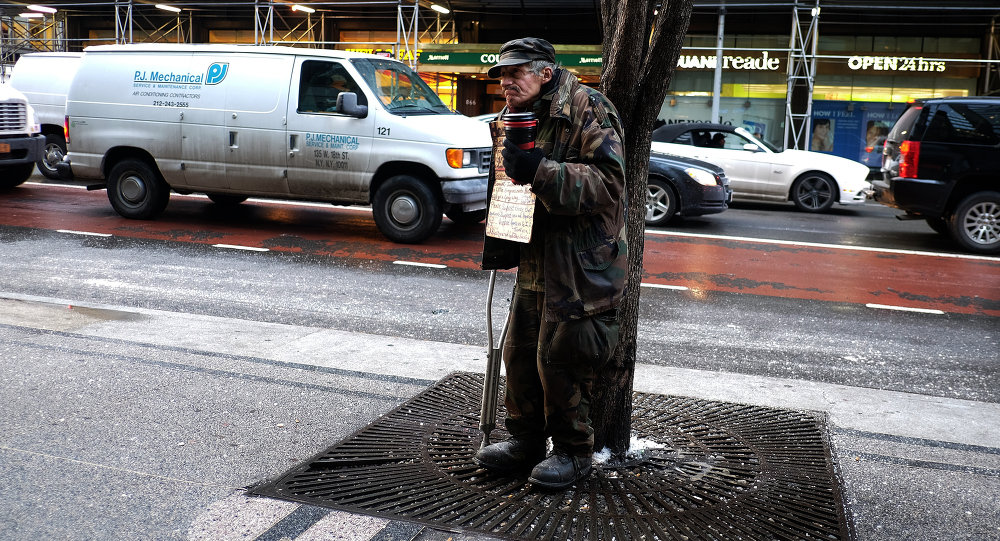 Mike Fischer, the president of the Central Park South Civic Association, told the New York Post that the idea to write to Trump came to him after the president this week said Gov. Gavin Newsom and House Speaker Nancy Pelosi were responsible for out-of-control homelessness in California.

“President Trump needs to tell the mayor, ‘If you don’t take the bull by the horns and come up with a real solution, then the federal government is going to come in and do what you’re incapable of doing,'” he said.

The US President earlier blasted Pelosi on Twitter for allowing the homeless crisis in her San Francisco district to become “the worst anywhere in the US,” and said if Newsom couldn’t fix the problem, the federal government would get involved.

Fischer on Friday went after de Blasio’s hallmark 2017 “Turning the Tide on Homeless” initiative, which is dropping hundreds of million of dollars on 90 new shelters – yet only 30 shelters have been opened while another 30 are still in the planning or construction stages. Fischer claimed many of those buildings, including the controversial shelter in the former Park Savoy Hotel on ritzy “Billionaire’s Row,” are death traps run by “slum lords.”

In their letter to President Trump, seen by The Post, the civic group described the homeless situation in New York as “intolerable” and “only becoming worse.”

“We ask for the direct intervention of the federal government, since any and all efforts by New York City officials have been a complete failure,” the letter reads.

“Communities across the country are confronting homelessness, and it’s people like Donald Trump who have exacerbated the issue,” Goldstein said in a statement. “Housing prices are out of reach for so many Americans, and developers with no regard for anything but their bottom line are part of the problem, not the solution.”

New York state has the second-largest homeless population in the nation — a total of 91,897 as of January 2018, according to the US Interagency Council on Homelessness. California has 129,972. The number of people experiencing homelessness has jumped to 67,170 in 2018 from 42,190 in 2011, according to The Bowery Mission.