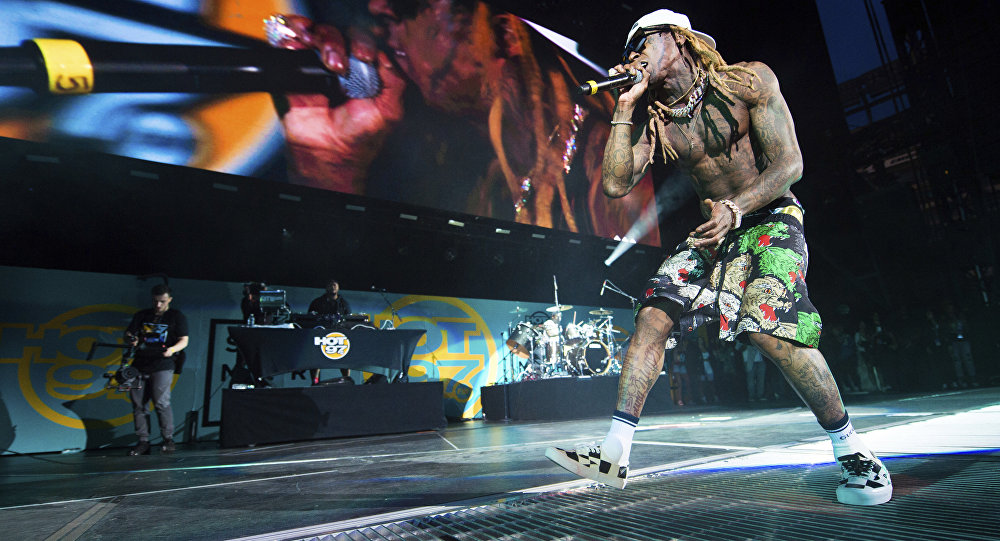 Federal agents reportedly found a gold-plated pistol with a pearl grip and a number of drugs inside a Coach bag on Rapper Lil Wayne‘s private plane at a Miami airport.

The rapper, real name Dwayne M. Carter Jr., was not charged after the search, yet he may still face gun and drug charges after the holidays if a federal grand jury is empanelled, the Miami Herald reported, citing law enforcement sources. Agents from the FBI and the ATF found the gold-plated .45 calibre handgun, along with ecstasy, heroin and marijuana inside the designer handbag, sources told the paper.

Lil Wayne’s lawyer, Howard Srebnick, told the Herald Monday night that his client was “cleared” yet refused to comment on the contents of his client’s Coach bag found on board the rapper’s G-V jet at the Miami-Opa Locka Executive Airport.

The rapper’s plane was first targeted after officers from the Miami-Dade County Police Department got a tip that marijuana and firearms may have been transported on the plane, according to the Herald. Afterwards, they alerted federal agents, who boarded the plane after obtaining a search warrant.

This is not the first time Wayne has had a run-in with the law during his rap career, which has spanned more than a decade. In 2009, he pleaded guilty to attempted criminal possession of a weapon in Manhattan and served a year in jail for the crime. His guilty plea came after cops found a .40-caliber pistol on his tour bus in 2007.

‘Will Take a Bullet for it’: Indian Rapper Blasts Citizenship Law at Concert – Video