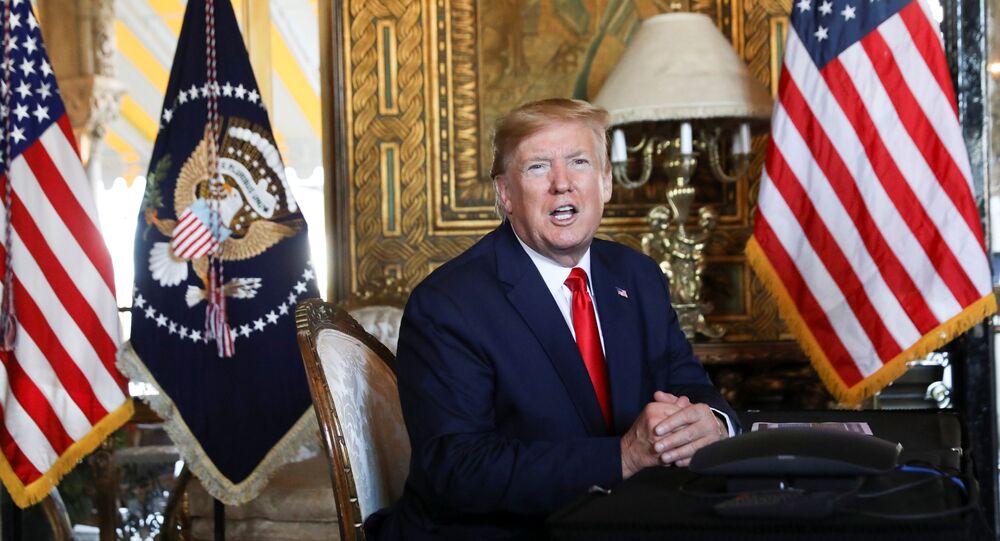 "We'll find out what the surprise is and we'll deal with it very successfully. We'll see what happens", the US president told reporters at his Mar-a-Lago resort.

The statement refers to North Korean Vice Minister of Foreign Affairs Ri Thae Song's warning, expressed on 3 December, that the US could expect a "Christmas gift" from Pyongyang. In response to this, the US has stepped up surveillance efforts on the Korean Peninsula. According to Aircraft Spots, a military aviation tracker that posts on Twitter, the United States is conducting almost daily reconnaissance flights in the region.

Tensions in the area have grown amid a breakdown in the denuclearisation talks between Pyongyang and Washington.

Since 2018, North Korea and the United States have held two bilateral summits in which both parties strove to normalise relations, with the US pushing for Pyongyang’s denuclearisation.

Special Operations Command Korea/Capt. David Murphy
Videos: Pentagon Posts, Deletes Footage of US-South Korea Mock Raid of DPRK Facility
However, negotiations have come to a halt in recent months after the US demanded more decisive steps from North Korea, while Pyongyang has criticised Washington for not reciprocating its goodwill gestures. North Korea conducted missile tests in the Sea of Japan in both September and October, raising tensions in the region.

In October, Pyongyang gave the United States until the end of the year to come up with a mutually acceptable deal to advance the denuclearisation process.

The North Korean Foreign Ministry said that the dialogue on denuclearisation promoted by Washington was no more than a "foolish trick".