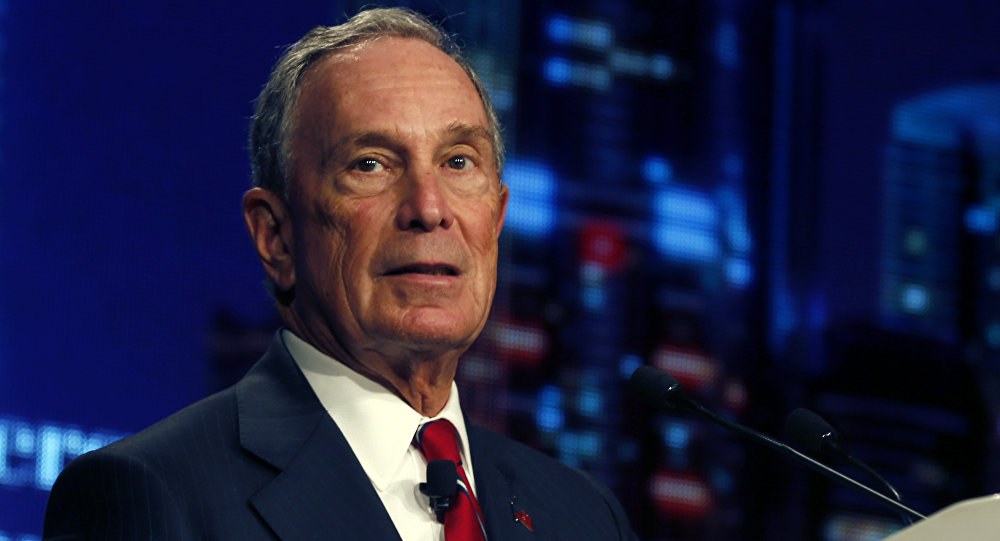 WASHINGTON (Sputnik) – Multi-billionaire and former New York Mayor Michael Bloomberg is partly financing his own presidential campaign by channeling tens of millions of dollars in an advanced technology company called Hawkfish that he launched earlier this year, CNBC reported on Monday.

Bloomberg recruited executives from Facebook and Foursquare to help launch Hawkfish in the spring of 2019 and then utilised the firm to aid state-wide election races which Democratic candidates went on to win in November elections, the report said.

CNBC cited a Bloomberg election campaign spokesperson who described Hawkfish as a digital agency and technology services provider for his campaign, the report explained.

Bloomberg plans to spend more than $100 million on advertisements attacking Republican President Donald Trump and he has already spent $13 million on political advertisements that have run on Facebook and Google, the report said.

The only way to defeat Trump in 2020 is by bringing the fight straight to him. That's why we're opening campaign offices in battleground states - like Pennsylvania.

Thanks to our hardworking team for getting our Philadelphia office up and running before the holidays. pic.twitter.com/SexHU1fWNO

Hawkfish had been created in secret and that it appeared to have no public website of its own, the report added.

Bloomberg has low approval ratings among Democrats, having been criticised for trying to buy the election. The research firm Morning Consult found that he has the highest unfavourable rating, 28 percent, of any candidate in the race among Democratic primary voters nationwide.