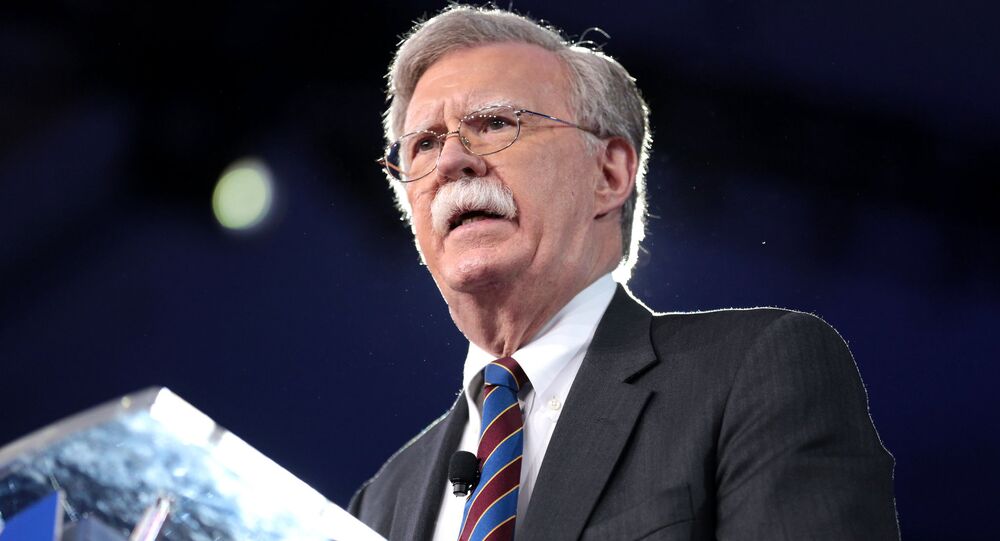 Following the US-DPRK summit in Hanoi, which prematurely ended with the two countries not reaching an agreement, North Korean leader Kim Jong-un gave the Trump administration to the end of the year to rethink its strategy on denuclearisation of the Korean Peninsula.

Former US National Security Adviser John Bolton has issued harsh criticism of the Trump administration's approach towards North Korea for the first time since his resignation, saying in an interview with Axio that he doesn't believe the administration ever "really" meant to stop the DPRK from obtaining nuclear weapons and had "made no visible progress" to achieve this proclaimed goal. The ex-official, who is well-known for his hawkish views on North Korea, stated that otherwise, Trump "would be pursuing a different course" of action in regards to the DPRK.

In Bolton's opinion, the Trump administration has been too soft on North Korea, accusing it of turning a blind eye on alleged illegal smuggling of oil into the heavily sanctioned country and slamming Trump for dismissing the potential threat of the short-range missile tests that have been conducted by the DPRK recently.

"The idea that we are somehow exerting maximum pressure on North Korea is just unfortunately not true", Bolton said.

The US administration has indeed avoided harsh language, even after the DPRK announced tests of unspecified advanced weapons in the near future, with US envoy to North Korea Stephen Biegun calling such tests "most unhelpful in achieving a lasting peace on the Korean Peninsula". Bolton, in turn, argued that Biegun's words were "clear winner in the Understatement of the Year Award contest" and expressed hope that the White House sees the error of its ways, admits it, and changes its strategy towards North Korea.

"We've tried. The policy's failed. We're going to go back now and make it clear that in a variety of steps, together with our allies, when we say it's unacceptable, we're going to demonstrate we will not accept it", the ex-national security adviser suggested that the Trump's administration should say.

The White House has not commented on Bolton's interview with the media outlet.

Disagreements Over 'Libyan' Approach and Departure From Office

John Bolton was sacked by US President Donald Trump on 10 September 2019, with POTUS explaining the decision by saying that Bolton had failed to get along with some people in his administration. Trump also criticised some of Bolton's decisions, namely him using the "Libyan model" for North Korean denuclearisation, without elaborating further. According to some media reports, Bolton's roadmap for denuclearisation contributed to the failure of the February 2019 Hanoi summit between the US and North Korea.

The summit was supposed to build on the first contact that the two countries made at the highest level in 2018, but ended prematurely on the second day out of three. At the time, Trump explained this by saying that the DPRK had demanded that all international sanctions against it be lifted. North Korean leader Kim Jong-un subsequently set a deadline for the US to resume denuclearisation talks with a new approach by the end of 2019.