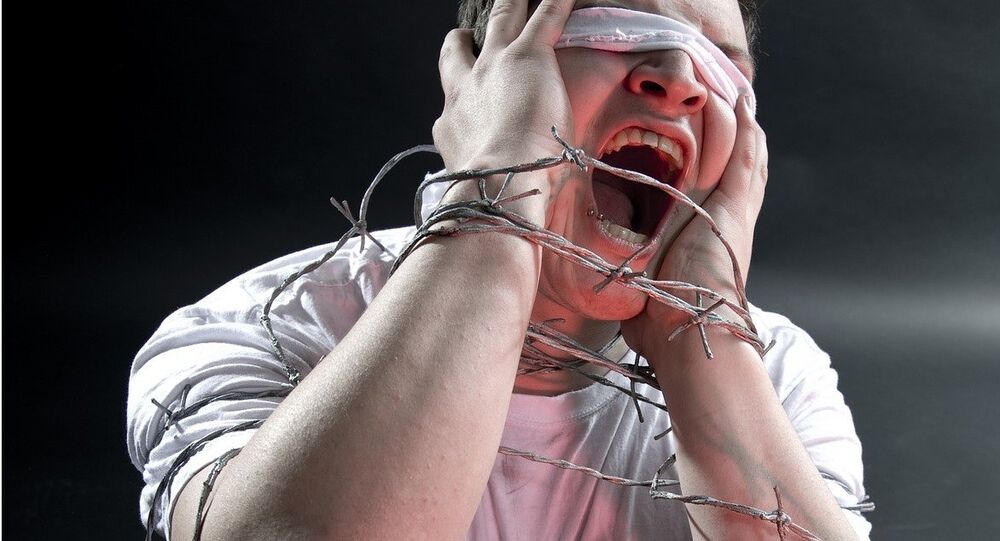 A 2014 US Congressional report revealed multiple instance of torture at CIA-run detention facilities. The agency’s current director, Gina Haspel aka ‘Bloody Gina’, was in charge of a black site in Thailand where the outrageous abuse of detainees was also exposed.

“It’s *snow secret* that we love winter,” the Central Intelligence Agency tweeted on Saturday to mark the arrival of the first snow of the season.

“It’s *snow secret* you tortured Gul Rahman for weeks at a black site, then chained him naked to a concrete floor until he died in the near-winter cold,” replied Edward Snowden.

Gul Rahman was a suspected Al-Qaeda operative who died at a secret Afghan CIA prison, known as Cobalt or Salt Pit, in November 2002 a month after his arrest. His guilt was never determined.

It's *snow secret* you tortured Gul Rahman for weeks at a black site, then chained him naked to a concrete floor until he died in the near-winter cold.

It's *snow secret* that today's CIA Director, Gina Haspel, was then the head of a related torture site.https://t.co/UjwEE3GXjb https://t.co/9sn0V4nZ1C

The circumstances of his death were to remain secret until 2014, when a report by the Senate Intelligence Committee revealed that Rahman had died from hypothermia after he was shackled to the wall of his cell and forced to rest on the bare concrete floor without pants. According to the report, Rahman had previously been subjected to “enhanced interrogation techniques”, a delicate euphemism for torture, which included sleep deprivation, isolation, and cold showers.

The same investigation found that detainees at other CIA facilities were waterboarded (a simulation of drowning), put in ice water baths, beaten while blind-folded, and had pureed food forcibly infused into them rectally.

Around the time of Gul Rahman’s detention, current CIA chief Gina Haspel was appointed to oversee the agency’s black site in Thailand, code-named Cat’s Eye, which housed people suspected of having links to Al-Qaeda.

That site later became known as the place where alleged Al-Qaeda operatives Abd al-Rahim al-Nashiri and Abu Zubaydah were routinely waterboarded, confined in coffin-shaped boxes, and slammed against concrete walls. During one waterboarding session, Abu Zubaydah became “completely unresponsive, with bubbles rising through his open, full mouth”. He later lost an eye while still in CIA custody.

Haspel never acknowledged her role in the tortures, and US officials have denied her involvement despite media reports stating the opposite (some of the interrogations took place after she took over as head of the site, according to reporting by The New York Times).

Last year, Haspel’s responsibility was confirmed after the release of classified CIA cables from the site dated 2002 under a Freedom of Information Act request. Her name was redacted in the documents, but it is understood that she either wrote or authorised them because she was responsible for all communications with headquarters. Not a single CIA agent or contractor has ever been charged for torture.