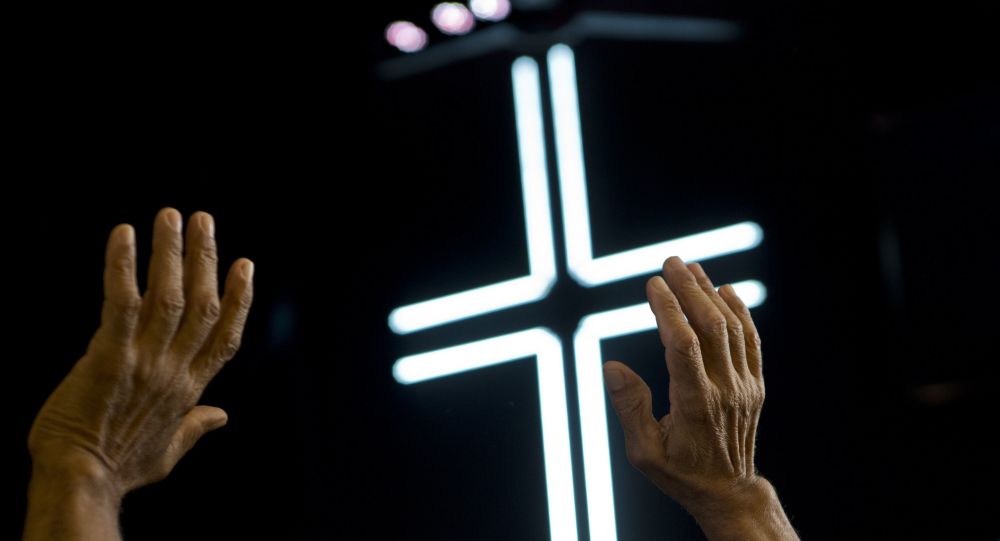 President Trump has continuously enjoyed strong support from evangelical Christians, who make up about one-third of his electorate. However, an influential evangelical magazine this week sided with his Democratic rivals (largely employing their rhetoric) and said that the president should be kicked out of the White House.

Donald Trump has hit back at the evangelical periodical that called for his removal from office, marking a fracture in the movement’s support for the president.

In a flurry of tweets on Friday, Trump branded Christianity Today a “far-left magazine” and claimed that “no president has ever done what I have done for Evangelicals, or religion itself”.

“I guess the magazine, ‘Christianity Today’, is looking for Elizabeth Warren, Bernie Sanders, or those of the socialist/communist bent, to guard their religion”, he suggested.

“I won’t be reading ET again!” he added, apparently misspelling the name of the magazine.

....have a Radical Left nonbeliever, who wants to take your religion & your guns, than Donald Trump as your President. No President has done more for the Evangelical community, and it’s not even close. You’ll not get anything from those Dems on stage. I won’t be reading ET again!

The Illinois-based periodical on Thursday issued a scathing editorial that made the case for removing Donald Trump from the White House for his “profoundly immoral” behaviour, just one day after the president was impeached by the Democratic House majority.

The narrative of the editorial bore a strong resemblance to that of the Democrats, as it claimed: “The president of the United States attempted to use his political power to coerce a foreign leader to harass and discredit one of the president’s political opponents.”

Further on, editor-in-chief Mark Galli described Donald Trump’s Twitter feed as a “near-perfect example of a human being who is morally lost and confused”.

It came as an alarming signal to the president, who includes evangelicals among the core of his base. According to exit polls, 81 percent of evangelicals (mainly white) voted for him in 2016, when they made up around one-third of all GOP voters and around one-fifth of all registered voters in the United States.

Evangelicals are thought to have been instrumental in helping Trump secure swing states like Florida and Michigan and win the Electoral College. Besides support for Trump’s policies on abortion, immigration and religious freedom, this movement has effectively “hired” Trump to defend them from the political left, observers have suggested.

Looking forward to 2020, Trump still relies heavily on evangelicals. To preserve that support, his presidential campaign announced on Friday that it would launch an “Evangelicals for Trump” coalition in early January to “bring together evangelicals from across the nation” who back his re-election.

Peter Wehner, a former aide and speechwriter for Republican presidents, said that CT’s editorial reflects the fact that some evangelical Christians feel uncomfortable with the president, despite the widespread impression that they universally endorse him.

“They [Trump supporters] speak as if they define the movement,” he told The New York Times. “And a lot of people who aren’t familiar with evangelical Christianity see this and say, ‘Well, they must be representing all Christians.’”

“That’s the significance of what Christianity Today did,” Mr. Wehner added. “They stood up and they said: ‘No, that’s not right. We can’t continue with this charade, this moral freak show anymore.’”

It’s not clear, however, whether there will be more such rebukes to come from evangelicals, or it was just a one-off act. Trump continues to enjoy steady support from the group; it is estimated that 77 percent of white evangelical Protestants approve of his job, a sentiment that is much stronger than among mainline Protestants, Catholics, or religiously unaffiliated Americans.

Several Christian leaders have stood up for the president following the editorial. Ralph Reed, founder of the Faith and Freedom Coalition, chastised Christianity Today and lamented that it decided to “echo the arguments of The Squad and the Resistance and deepen its irrelevance among Christians.”

Hardly but nice try. We are merely sad to see a publication founded by Billy Graham echo the arguments of The Squad & the Resistance & deepen its irrelevance among Christians. https://t.co/wVJHtgq04L

Jerry Falwell Jr., president of Liberty University, one of the world's largest Christian schools, tweeted: “Less than 20% of evangelicals supported @HillaryClinton in 2016 but now @CTmagazine has removed any doubt that they are part of the same 17% or so of liberal evangelicals who have preached social gospel for decades! CT unmasked!”

Franklin Graham, whose father, the late Rev. Billy Graham, founded the magazine in 1956, called the opinion piece a “totally partisan attack” and suggested that Christianity Today was being “used by the left for their political agenda”.