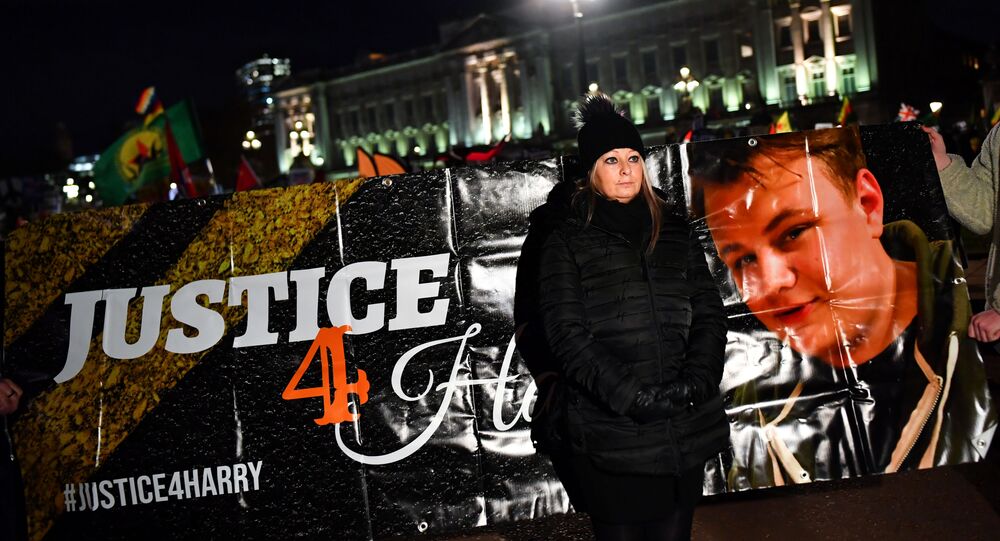 WASHINGTON (Sputnik) - Anne Sacoolas, the wife of a US diplomat, will not voluntarily return to the United Kingdom to face a possible jail sentence for her involvement in a car crash in Northamptonshire that killed 19-year-old Harry Dunn, Sacoolas' attorney Amy Jeffress said in a statement on Friday.

"Anne will not return voluntarily to the United Kingdom to face a potential jail sentence for what was a terrible, but unintentional accident," Jeffress said.

Jeffress suggested that criminal prosecution with a potential sentence of 14 years in prison is not a proportionate response to a situation that she characterized as an "accident."

Jeffress also said that she and her client have been working with UK authorities to resolve the situation.

Earlier in the day, the Crown Prosecution Service (CPS) of the United Kingdom charged Sacoolas with causing Dunn's death by dangerous driving and said it will proceed with requesting her extradition from the United States.

"I welcome the taking of a charging decision, which is an important step towards justice for Harry and towards solace for his family, but it is not the end. I hope that Anne Sacoolas will now realise the right thing to do is to come back to the UK and cooperate with the criminal justice process," Raab said in a statement.

US State Department reacted on Friday to the decision by British authorities to charge the wife of the US diplomat, saying that the decision is "disappointing and unhelpful".

“We are disappointed by today’s announcement and fear that it will not bring a resolution closer. The United States has been clear that, at the time the accident occurred, and for the duration of her stay in the UK, the driver in this case had status that conferred diplomatic immunities,” a State Department spokesperson insisted.

On 27 August, Dunn died in a car accident in Northamptonshirecounty, in central England, while riding his motorcycle. Sacoolas, who was driving the vehicle that hit his motorcycle, quickly returned to the United States under diplomatic immunity.