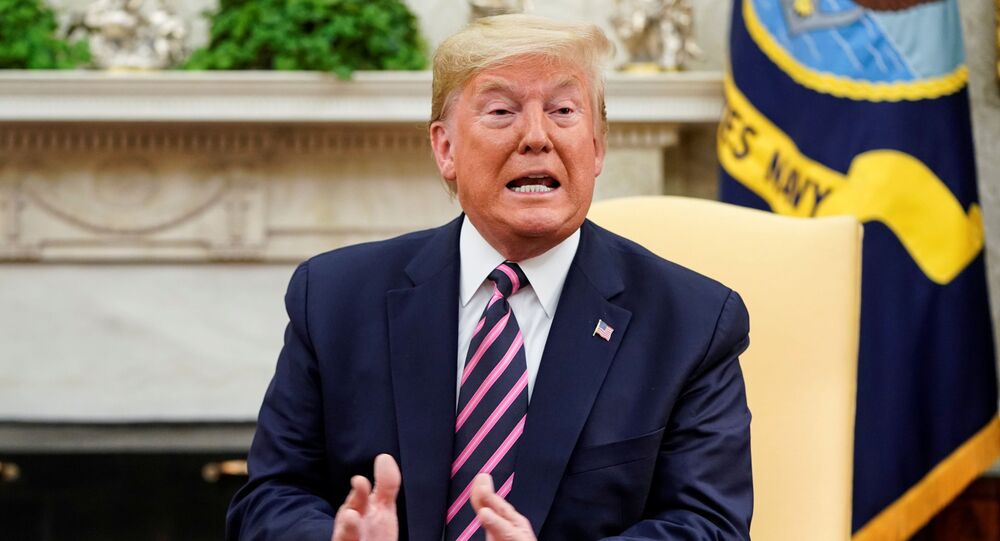 ‘Grossly Immoral’: Christian Magazine Calls For Trump to Be Removed From Office

On Wednesday, Trump became the third president in US history to be impeached, after the Democratic-controlled House of Representatives found him guilty of abuse of the powers of the office and obstruction of Congress, after investigations concluded that he invited foreign meddling in the American electoral process.

Christianity Today, an American evangelical magazine based in Carol Stream, Illinois, said in a Thursday editorial written by editor in chief Mark Galli that US President Donald Trump “Should be removed from office”.

“The impeachment of Donald Trump is a significant event in the story of our republic. It requires comment,” Galli wrote, noting that the magazine’s approach is to “stay above the fray” and “pray for our president, as we love and pray for leaders […] on both sides of the political aisle”.

Galli said that the impeachment process went “under a cloud of partisan suspicion” and noted that Trump did not have a “serious opportunity” to present his side of the story during the hearings at the House of Representatives.

“The president of the United States attempted to use his political power to coerce a foreign leader to harass and discredit one of the president’s political opponents. That is not only a violation of the Constitution; more importantly, it is profoundly immoral,” the editorial noted.

The editorial pointed out that Trump has “dumbed down the idea of morality” in his administration, by hiring officials who are “now convicted criminals”. It also criticized the president for being proud of “his relationship with women” and “immoral actions in business”.

“His Twitter feed alone—with its habitual string of mischaracterizations, lies, and slanders—is a near perfect example of a human being who is morally lost and confused,” Galli wrote.

The Christianity Today editorial argued that Trump’s positives cannot balance the “moral and political danger” he has put the country in due to his “grossly immoral character”.

Noting that it is not a matter of “partisan loyalties”, the editorial said that Trump should be removed from office either by the upcoming Senate trial or by the popular vote in the upcoming 2020 election.

“To the many evangelicals who continue to support Mr. Trump in spite of his blackened moral record, we might say this: Remember who you are and whom you serve. Consider how your justification of Mr. Trump influences your witness to your Lord and Savior. Consider what an unbelieving world will say if you continue to brush off Mr. Trump’s immoral words and behavior in the cause of political expediency,” Galli said.