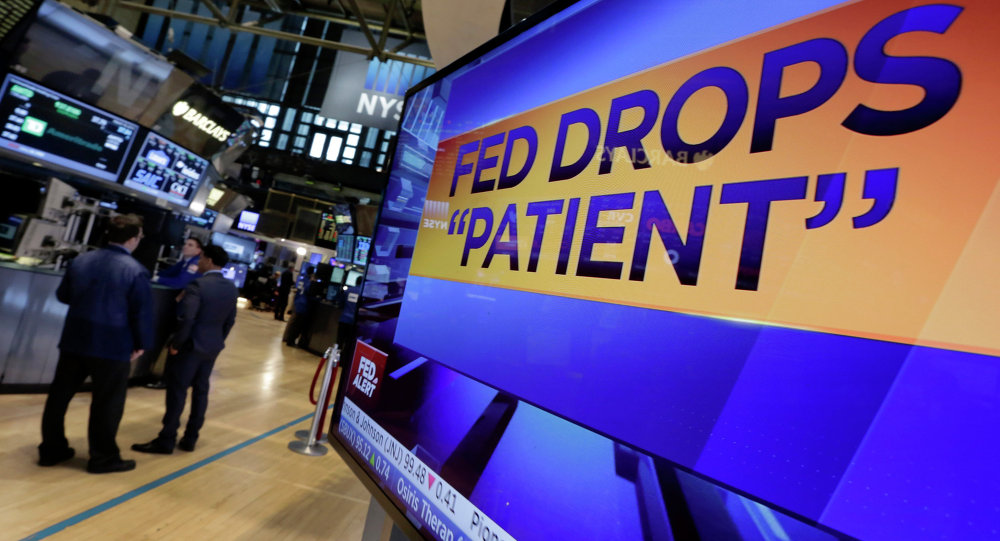 WASHINGTON (Sputnik) - US financial system vulnerabilities are still lower than during the 2008 financial crisis with risks having grown only moderately in the past three years, the New York Federal Reserve said in a blog post.

"Since their introduction, vulnerabilities as indicated by these models have increased moderately, continuing the slow but steady upward trend that started around 2016," the blog said. "Despite the recent increase, the overall level of vulnerabilities according to this analysis remains subdued and is still significantly smaller than before the financial crisis of 2008-09."

The 2008 financial crisis was regarded by many economists as the world’s worst in more than a generation and is often compared to the Great Depression of the 1930s.

The crisis began in 2007 with a blowup of the US subprime mortgage market, developing eventually into international banking crisis with the collapse of investment bank Lehman Brothers in September 2008. Massive bail-outs of US financial institutions then followed. From there, the crisis became a global phenomenon, impacting Asian markets such as China, Hong Kong, Japan and India, before laying the seeds for the European debt crisis.