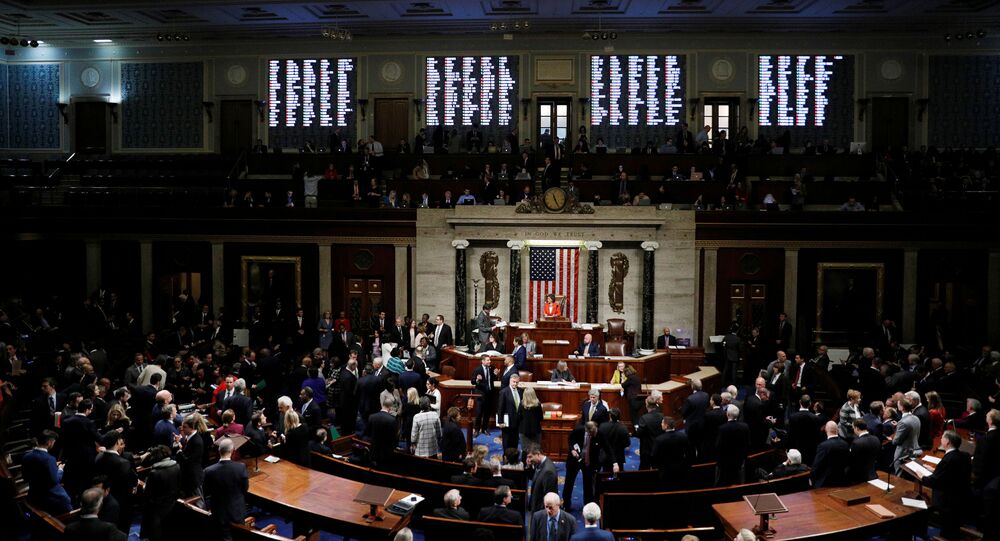 Here We Go Again: US House to Vote on Impeachment But What Does it Mean?

In September, House Democrats announced the opening of formal impeachment proceedings against President Trump. After nearly three months, the House is set to vote on two articles of impeachment — abuse of power and obstruction of Congress.

As the full session impeachment vote in the 435-member House of Representatives is drawing nearer, many people are scratching their heads about what is going to happen next. Will President Trump indeed leave his post if the House votes in favour of his removal?

Here is what you need to know.

© AP Photo / Bebeto Matthews
‘You Got Hired to Do a Job': Bill Clinton Advises Trump to Ignore Impeachment Proceedings

President Andrew Johnson was impeached in 1868 for "high crimes and misdemeanours", but was acquited by the Senate.

More than a hundred years later, President Bill Clinton was similarly impeached - over the notorious Lewinsky scandal - but was also acquited.

President Nixon was another head of the US government who faced impeachment in the wake of the infamous Watergate scandal. He, however, resigned before he could be impeached.