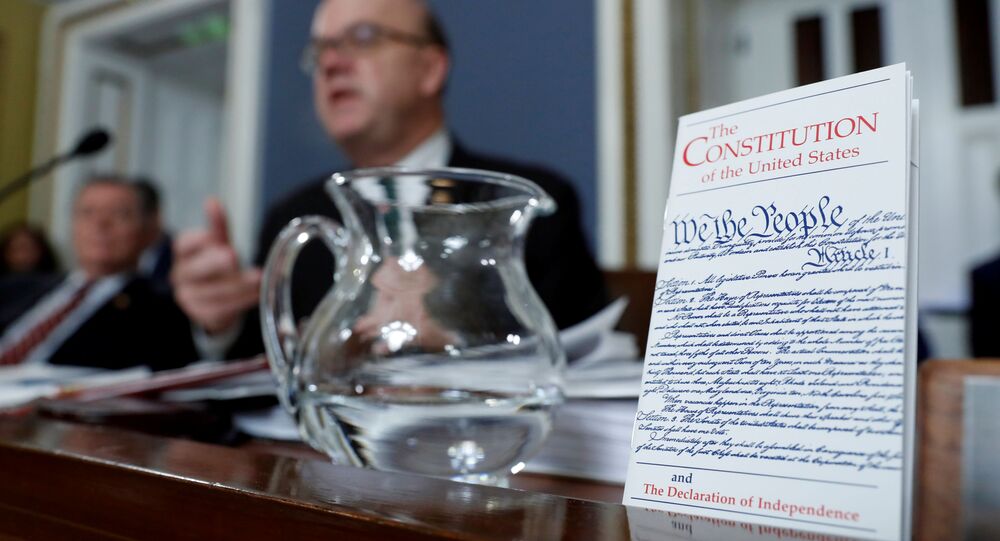 Under the guidelines, the impeachment articles will get six hours of debate on Wednesday, equally divided between Dems and the GOP. The process will be controlled by the top Democrat and Republican on the Judiciary Committee – Jerrold Nadler and Doug Collins, respectively.

The Rules Committee session on Tuesday marked the last in a series of public hearings on the impeachment of US President Donald Trump - which also passed through the Intelligence and Judiciary panels - before the full House floor moves to the full session vote on Wednesday to vote on two articles of impeachment that accuse Trump of abusing power and obstructing justice.

“We are dealing with fewer articles of impeachment with President Trump than we were with President Clinton and I think it is a fair amount of time”, Rules Committee Chairman Jim McGovern said, cited by The Hill, arguing that six hours of debate was a “reasonable amount of time".

US Speaker of the House Nancy Pelosi set the vote for impeachment in a letter to Democratic colleagues on Tuesday.

According to the US Constitution, a president shall be removed from office "on impeachment for, and conviction of, treason, bribery, or other high crimes and misdemeanors".

A majority of the 435-member House must vote in favor of impeaching Trump before moving to the next phase of the process. The House is currently made up of 233 Democrats, 197 Republicans, 1 Independent and has four vacancies.

Once the House Democratic majority votes to impeach on Wednesday, the Republican-controlled Senate is expected to start a formal impeachment trial, which is likely to occur in the coming weeks or even days.

Earlier on Tuesday, in a six-page letter, Trump accused Pelosi - after she picked Wednesday for the impeachment vote - of declaring open war on democracy in the United States by going forward with the impeachment against him. Trump described the impeachment as an illegal and partisan-attempted coup. Trump also denounced the two articles of impeachment passed in the US House Judiciary Committee that accuse him of abusing the power of the office and obstructing Congress.

If the House of Representatives impeaches Trump, he will face a trial in the Republican-controlled Senate.

The full House vote will make Trump the third president in the nation’s history to be impeached, and it is expected to be largely along party lines.