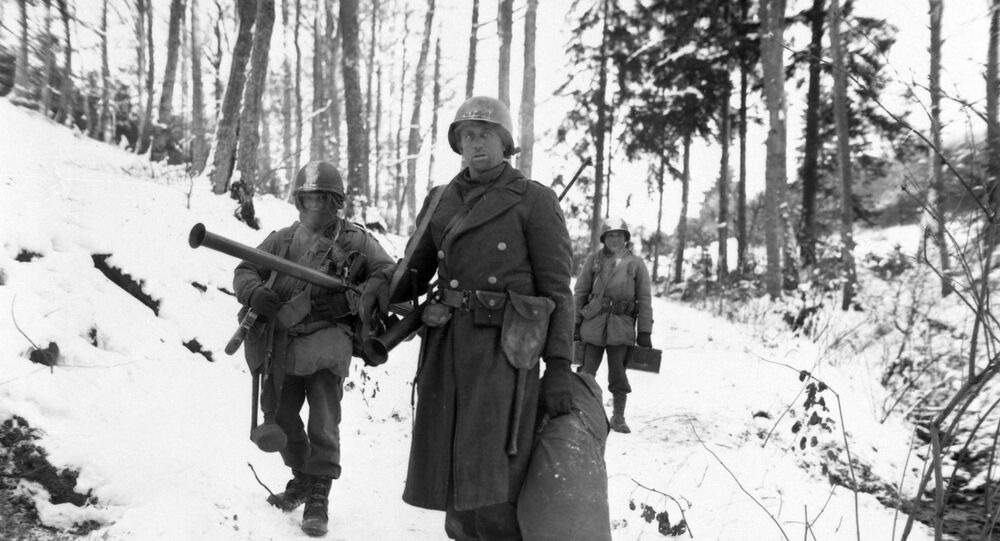 Commemorations of the 75th anniversary of the Battle of the Bulge in the Second Wold War are currently unfolding in the US, with some military divisions using social media platforms to narrate the sequence of events and present its key participants.

The US' XVIII Airborne Corps has said that they “regret” using a photograph of infamous Nazi army officer Joachim Peiper to illustrate the story of the Battle of the Bulge – a major German offensive during World War II that saw tens of thousands of American soldiers killed – following public outrage.

We regret the use of the photograph of Joachim Peiper. The intent was to tell the full story of the Battle of the Bulge, which will continue here, by explaining the incredible odds that were stacked up against the American Soldier by the time the reserve was called in on 18 Dec. pic.twitter.com/E2CuNXieqp

The US military took to Facebook on Monday to recall the events of the battle. However, the Department of Defence, the Army’s 10th Mountain Division, and the XVIII Airborne Corps chose a peculiar way to commemorate the 75th anniversary of the battle, by accompanying their Facebook posts with a colourised image of Nazi criminal Joachim Peiper.

Peiper served as personal assistant to leading Nazi Heinrich Himmler and the chief of the German combat unit during the largest battle fought by the US during the Second World War. He was a convicted war criminal, so it was not surprising that choosing a glamorised image of him to tell the story of the famous battle caused outrage among social media users.

The posts have been deleted since, potentially following several complaints from the users, but the images were screenshotted and shared on Twitter by US Lieutenant Colonel Brian Fickel, thus triggering an even larger firestorm.

I am dumbfounded by the decision to prominently display a Nazi on military social media on the 75th anniversary of the Battle of the Bulge. pic.twitter.com/Do0mB7Guvj

​Netizens were astonished to see a Nazi war criminal illustrating the story about one of the deadliest campaigns in American military history and found the military's move outrageous.

Holy shit. Is that Jochaim Peiper?? Convicted war criminal? WTF? His rear echelon troops are literally responsible for the murder of US troops at the infamous Malmedy massacre.

My father went from Utah Beach to Berlin. He was at the Battle of the Bulge. I strenuously disagree with 18th Airborne Corp using a Nazi to help tell the story. @18airbornecorps not a good look immediately after West Point cadets flash white power signals. Find a better idea

A war criminal no less. I understand the desire to commemorate but maybe @10MTNDIV should chat with their command Historian or perhaps any historian before taking this approach.

The US Department of Defence has not commented on the controversy yet.