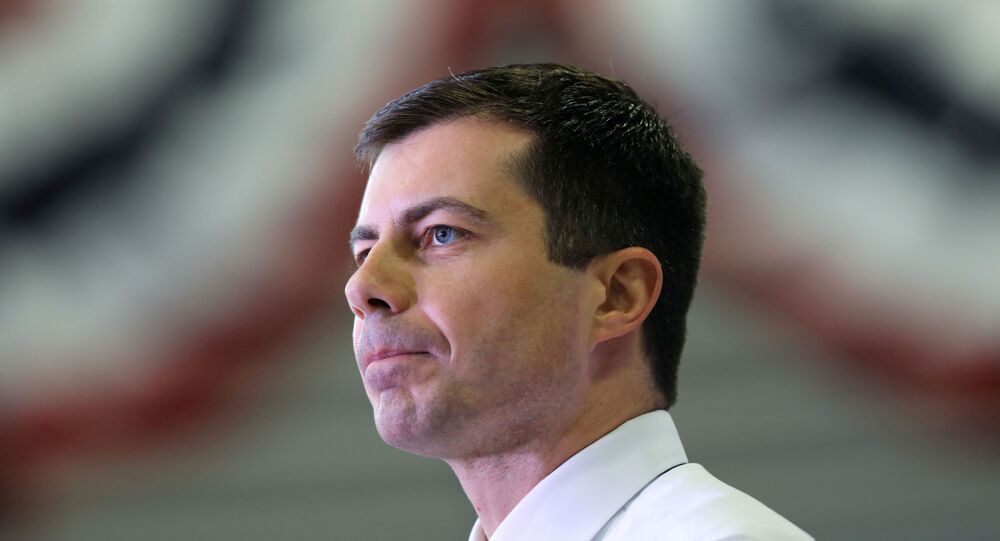 Democratic presidential candidate for the US 2020 elections and mayor of South Bend, Indiana, Pete Buttigieg on Sunday held a fundraiser in Napa Valley, California that was closed to the press. The event was hosted at a winery owned by billionaires Craig and Kathryn Hall.

Photos from Buttigieg’s closed-door Sunday fundraiser were posted to the Internet on Monday, amid wide criticism by other Democratic candidates for his lack of transparency regarding donors.

“Here are some photos of the Buttigieg fundraiser in Napa -- with the famous wine cave and the chandelier with 1,500 Swarovski crystals -- that @BrianSlodysko wrote about,” Schleifer tweeted.

Here are some photos of the Buttigieg fundraiser in Napa -- with the famous wine cave and the chandelier with 1,500 Swarovski crystals -- that @BrianSlodysko wrote about.https://t.co/0sprQ3aDsy pic.twitter.com/3waO6jO93L

Faiz Shakir, Bernie Sanders’s campaign manager, retweeted the photos with the caption “Not $18 dollar donors?” in reference to the average Sanders donation which is reportedly $18 per donor during the third quarter of 2019. Sanders reportedly pulled in some $18 million in donations - made up mostly of small amounts - in the second quarter, to Buttigieg's $24 million.

“I think that Mayor Pete should open up the doors so that anyone can come in and report on what’s being said. Those doors shouldn’t be closed, and no one should be left to wonder what kind of promises are being made to the people that then pony up big bucks to be in the room,” Warren said earlier this month.