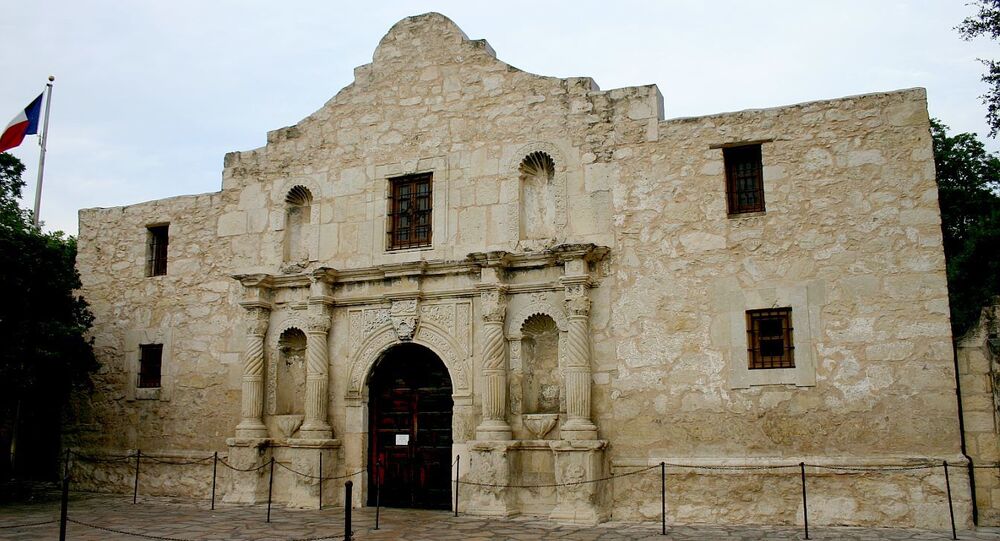 Three Bodies Found Beneath the Alamo Amid Controversial $450 Million Renovation

Texas state officials recently announced that three sets of human remains have been discovered in the Alamo Mission in San Antonio amid the site’s costly overhaul.

Excavation of the Alamo was halted in the past weeks after the remains of an infant, teen or young adult and adult were discovered in the mission’s Monks Burial Room and Nave.

According to a joint press release issued by the Texas General Land Office (GLO) and the Alamo Mission Archaeological Advisory Committee (AMAAC), the renovation team was conducting archeological exploration both in and around the Alamo Church and Long Barrack before installing moisture monitoring equipment.

“The remains encountered appear to be indicative of a teenage or young adult, infant, and large adult,” the December 13 press release read. “Upon discovery of the remains, the long-established human remains protocol was activated, the on-site tribal monitor was notified, and excavation of the particular site was halted.”

Karina Erickson, a GLO spokeswoman, told USA Today that the remains of the teen or young adult were unearthed on December 3. Officials who have been able to review the relevant location are unclear on whether the individual’s corpse was formally buried.

However, the bodies of the infant and full-grown adult, which were stumbled upon in late November, were determined by archeologists to have been purposely buried.

Erickson clarified that none of the bodies have been removed from the Alamo.

This discovery comes several weeks after the Tap Pilam Coahuiltecan Nation - a Native American community - filed a federal lawsuit to halt the estimated $450 million overhaul of the site, claiming that descendants of those who lived near it should have a say in the matter.

Though the release highlighted that “GLO and Alamo Trust, Inc. will continue to follow all applicable laws and procedures,” it’s unclear whether the suit itself will have any impact on the project, which is slated for a 2024 completion at the moment.

AMAAC noted this is the first time remains have been identified at the historic mission site since 1995, with a previous discovery occurring in 1989.

Historians have assumed that most of the bodies from the 1836 Battle of the Alamo were burned, reported the Associated Press. Frontiersman David Crockett and pioneer Jim Bowie are among the estimated 200 defenders who lost their lives in a 13-day battle with Mexican troops led by General Antonio López de Santa Anna.

“The GLO will be filing the necessary paperwork to move forward with verifying the locations of the interior of the church as a cemetery,” the release concluded.