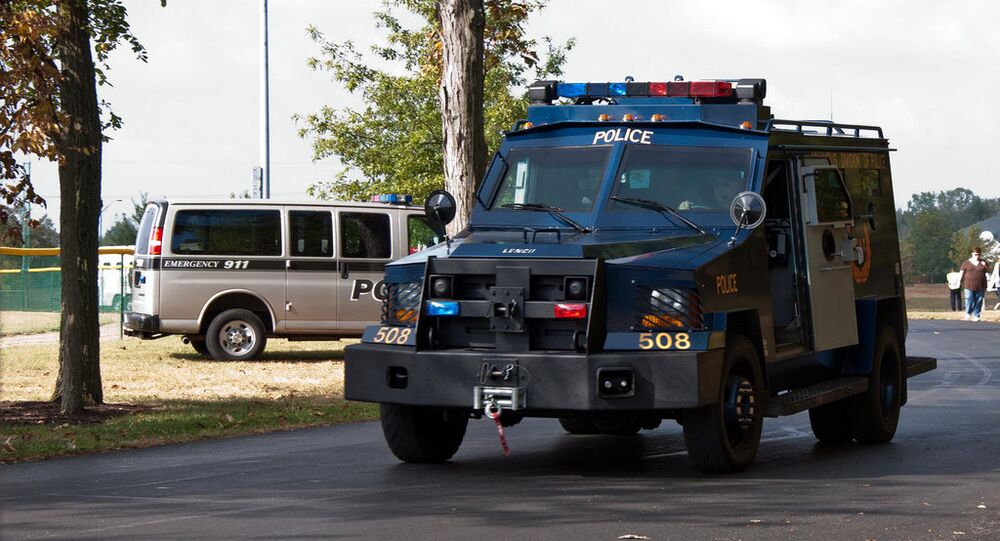 Police officers in Columbus, Ohio, on Monday responded to reports of multiple shots fired in the western area of the city. The incident prompted a lock down of several schools in the area. A SWAT team stormed a nearby house where a suspect had barricaded himself.

According to the Columbus Ohio police department, the suspect made some 20 shots, many of those at police officers after they arrived.

“Officers did not return fire [...] They did a great job of containing the area, getting the place under control, and making sure all the residents in the area were safe”, Columbus police commander Blake Griffith said, cited by NBC4.

According to Griffith, the suspect was identified as a man between 50 and 60 years old. Police have not revealed the full identity of the shooter.

During the storming of the suspect's house, the SWAT team used gas.

​The Columbus Ohio police department earlier said that at least two schools - Lindbergh Elementary School and Briggs High School - were on lockdown due to the shooting. A third school, Hilltonia Middle School, was reportedly operating under a delayed dismissal and lockdown.

According to police, an assault unit responded to the scene, prompting mass evacuations in the area.

Evacuations are occurring at nearby homes. @COTABus assisting.

​The Columbus police department said earlier that an unidentified male suspect had fired multiple shots near Apple Blossom Lane, off Eakin Road and urged all to avoid the area.

STAY OUT OF THE AREA.

According to NBC4, local residents were allowed back to their homes at approximately 6:50 p.m., local time.

Fatal Shooting at US Naval Base in Pensacola, Florida: What We Know So Far