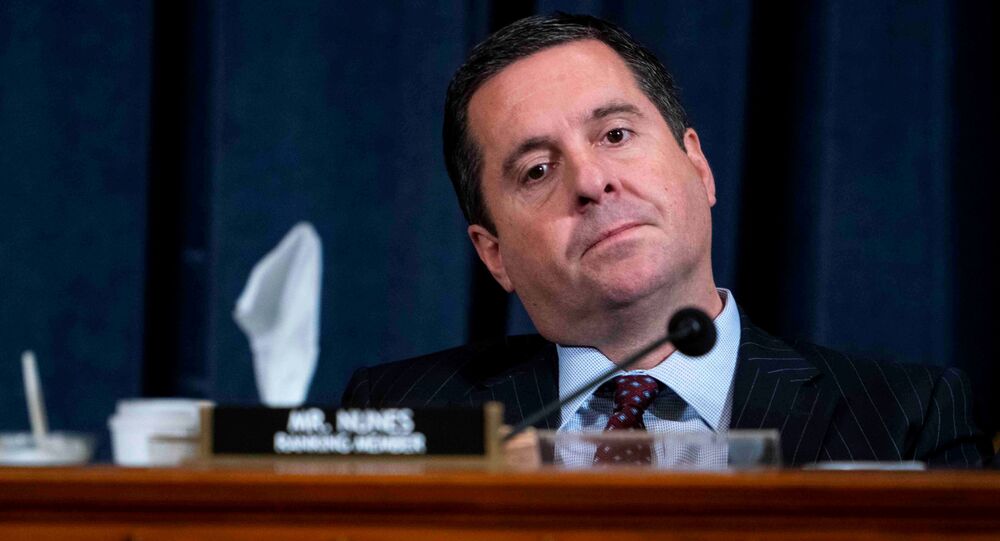 Nunes Tells Schiff to 'Admit You Have Problem' After IG Report

House Intelligence Committee ranking member Rep. Devin Nunes told committee chairman Rep. Adam Schiff that he is "in need of rehabilitation" after a Justice Department Inspector General report on the FBI's Russia investigation and its use of the Foreign Intelligence Surveillance Act (FISA) contradicted Schiff's past assertions.

Nunes spoke out after the IG report confirmed that the FBI's warrant applications included 17 "significant errors and omissions," including a doctored email and reliance on unverified information from former British spy Christopher Steele. Back in 2018, Nunes expressed concerns about the FBI's use of a Foreign Intelligence Surveillance Act (FISA) warrant to monitor former Trump campaign adviser Carter Page, however, Schiff dismissed them in a memo.

"After publishing false conclusions of such enormity on a topic directly within this committee's oversight responsibilities, it is clear you are in need of rehabilitation, and I hope this letter will serve as the first step in that vital process," Nunes said in a Sunday letter.

Schiff's 2018 memo downplayed Steele's role and denied FBI wrongdoing, saying, "FBI and DOJ officials did not 'abuse' the Foreign Intelligence Surveillance Act (FISA) process, omit material information, or subvert this vital tool to spy on the Trump campaign," while also claiming that the DOJ "made only narrow use of information from Steele's sources" for the Page warrant.

Nunes listed these statements and others as illustrations of how the FBI conducted a "rigorous process" when vetting Steele's information, noting that "the IG report exposed all these declarations as false."

IG Michael Horowitz's report indicated that Steele's information was not properly vetted despite being crucial in convincing attorneys to give the green light to the FISA warrant application, which was previously deemed a "close call."

Nunes wrote that he recognized Schiff's acknowledgement of the "issues and errors" described in Horowitz's report, but added that the committee chairman’s opposition to concerns raised by Attorney General Bill Barr and Connecticut US Attorney John Durham "makes it clear your rehabilitation will be a long, arduous process." He cited Schiff's failure to use his committee to conduct proper oversight while using it "as a launching pad to impeach the president for issues that have no intelligence component at all," accusing him of “hijacking” the committee and calling him to “admit you have a problem.”

In an earlier interview with "Fox News Sunday," Schiff acknowledged the FBI's issues as described in Horowitz's report and claimed he "would have called out the FBI" had he known of them.