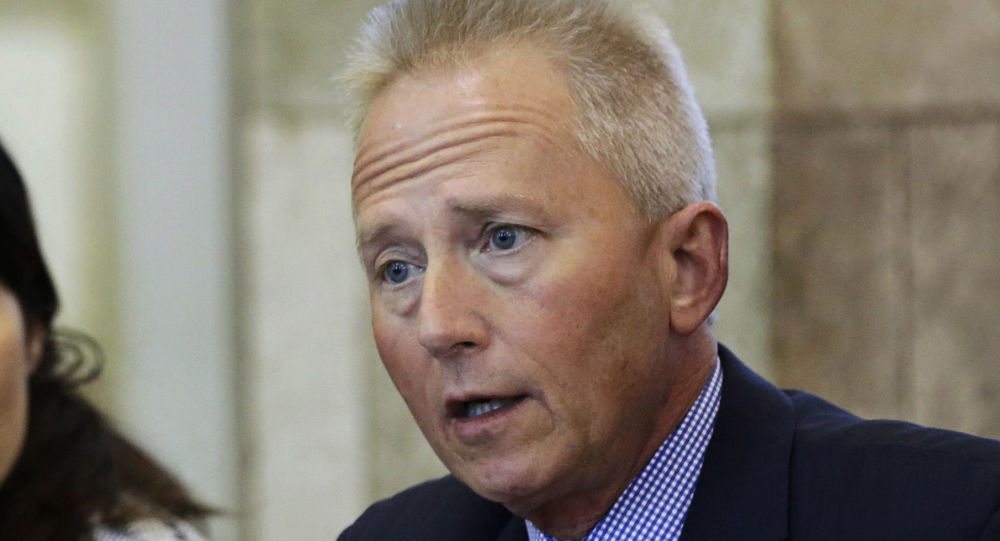 After criticizing fellow Democrats for their push to impeach Trump, Rep. Jeff Van Drew reportedly met with President Trump on Friday to discuss his wish to join the Republican party.

Van Drew met with Trump to discuss switching parties, an anonymous source familiar with the matter told Fox News. Another source said Van Drew may be seeking a Rose Garden ceremony if he were to switch.

Van Drew is one of two Democrats who opposed the resolution codifying the impeachment probe and even indicated last week he would not support impeachment and thought impeachment would backfire on Democrats.

"Jeff Van Drew has chosen his political career over our Constitution," Murphy said in a statement Friday night. "Despite knowing full well that the president has abused the powers of his office, Congressman Van Drew is now willing to enable Donald Trump just to try to salvage his own election. Betraying our values by siding with Donald Trump is the final straw and made it impossible for him to continue being supported by our party, as grassroots activists, local party leaders in his district, and I have made clear in recent weeks."

The New York Times reported that during conversations between Van Drew and Trump advisers, where the freshman congressman said he was nervous about losing his seat either in a Democratic primary - due to his opposition to impeachment in a liberal state - or in a general election.

A Democratic aide told Fox News that a recent poll his campaign took showed another Democrat would beat him in a primary race. While Van Drew has not yet made a final decision, he reportedly was serious enough that he discussed what day to make an announcement and whether to do it before the upcoming vote on articles of impeachment.

The news of the meeting came the same day that the House Judiciary Committee voted to adopt two articles of impeachment in a party-line vote: abuse of power and obstruction by Trump. The articles will go to the House for voting next week and, if approved, could trigger a Senate trial at the beginning of the new year just as the 2020 presidential primaries are about to get underway.