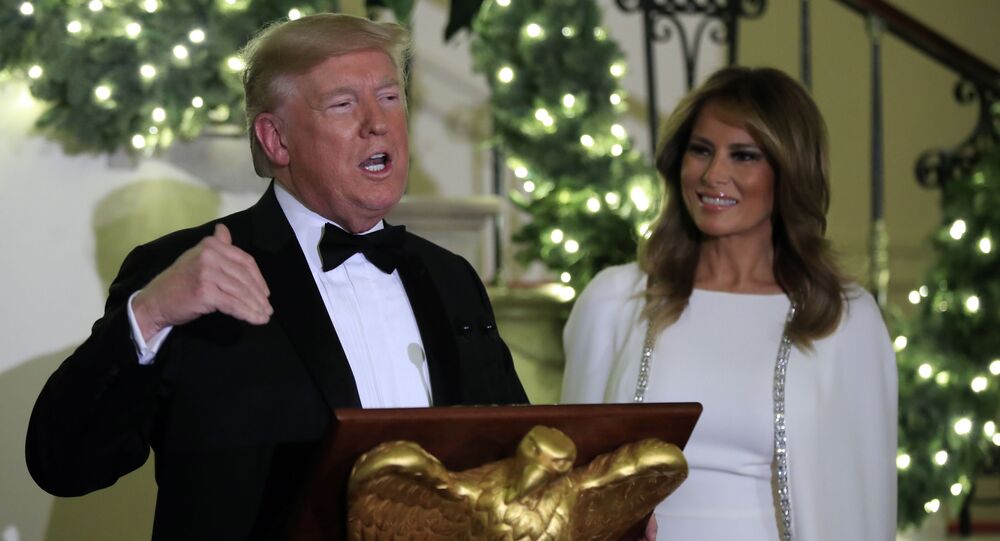 Melania Trump’s children-focused anti-cyberbullying campaign, Be Best, began trending on Twitter on Thursday after Donald Trump laid into Greta Thunberg in a scathing tweet, with many people calling on the First Lady to do something about it.

Melania Trump appeared to side with her husband in his row with Greta Thunberg, saying that the Swedish teen eco-activist is not immune from criticism because she is a public figure – unlike her son, Barron Trump, who was surprisingly invoked in a joke by an impeachment witness.

White House spokeswoman Stephanie Grisham said in a statement that Greta and Barron should be treated differently. She said: “BeBest is the First Lady’s initiative, and she will continue to use it to do all she can to help children.”

“It is no secret that the President and First Lady often communicate differently – as most married couples do. Their son is not an activist who travels the globe giving speeches. He is a 13-year-old who wants and deserves privacy.”

Thunberg, who made a name for herself for attacking world leaders over their perceived lack of action on climate change, was named TIME’s Person of the Year 2019. The US President was on the shortlist for the fourth year in a row.

He ridiculed the 16-year-old Swede on Twitter, saying she must “chill” and “work on her anger management problem, then go to a good old fashioned movie with a friend”.

Greta responded by changing her Twitter bio to “A teenager working on her anger management problem. Currently chilling and watching a good old fashioned movie with a friend.”

Many people urged Melania, who leads the children’s anti-bullying campaign ‘Be Best’, to have a talk with her husband about his anger management. Some recalled that the First Lady had recently blasted a Democratic impeachment witness, who invoked Barron Trump in her testimony.

Pamela Karlan, a professor of public interest law, made a point to say that Donald Trump doesn’t have the constitutional power to “do anything he wants” like kings used to do. She quipped: “The Constitution says there can be no titles of nobility, so while the president can name his son Barron, he can’t make him a baron.”

FLOTUS shamed Karlan in an angry tweet and said that her 13-year-old son – the only child she shares with Donald Trump – should be kept out of media spotlight.

Karlan later apologised for her comment, adding, “I wish the president would apologise for the things that he’s done.”

The White House already told the press to leave Barron alone in 2017, when he was subject to a flurry of memes mocking his facial expressions during his father’s inauguration ceremony. A Saturday Night Live writer was suspended after a poorly-received tweet joking that “Barron will be this country’s first home-school shooter.”

“It is a longstanding tradition that the children of Presidents are afforded the opportunity to grow up outside of the political spotlight,” the Office of the Press Secretary said in February 2017. “The White House fully expects this tradition to continue. We appreciate your cooperation in this matter.”