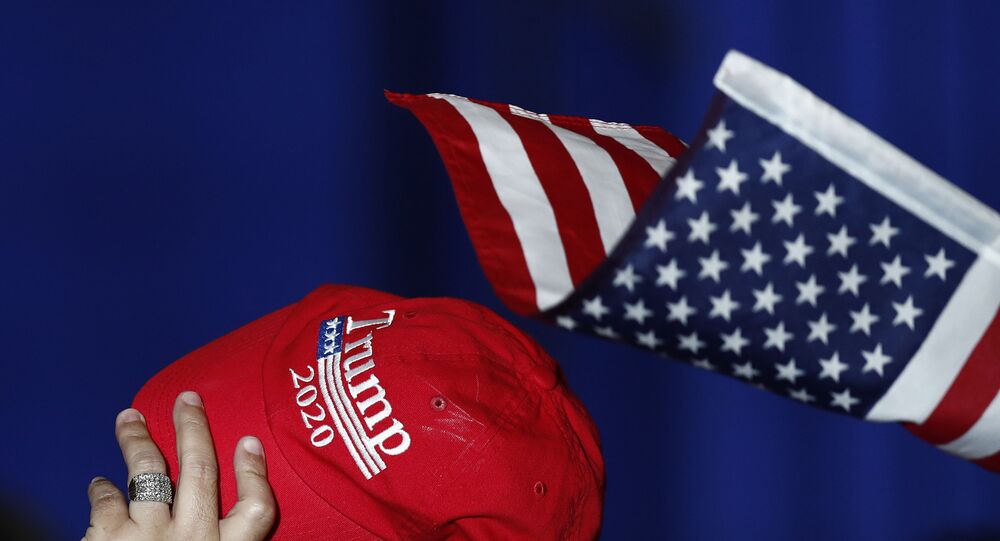 The boy had initially been proud to wear the hat at school, which he had bought "with his own money" at a flea market, but soon stopped wearing it due to bullying, his mother said.

A boy in Hamilton County, in the state of Florida, was allegedly bullied and then beaten on a school bus for wearing a Trump 2020 hat, the New York Post reported on Friday.

The attack took place on 21 November and the video of the attack was posted by the teen's mother on Thursday. The footage shows the teen getting punched violently in the face by a group of classmates, while others are cheering eagerly in the background.

The boy isn't wearing the hat in the video. He did previously wear it to school but because of immediate bullying had to put it away.

To be clear, my son bought his #Trump2020 hat with his own money at the flea market a few weeks ago. He was proud to wear it. He wore it to School, but due to immediate bullying he put it away & didn't wear it to school again, sadly the damage was already done & was now a target.

....about the bullying, but they took it to a new level yesterday and we are just now learning what he was going through. My husband is going to the sheriffs department now and I really hope these kids are held accountable.

After the assault, he needed treatment at the hospital.

Attorney Foye Walker insists that it's clear the boy suffered because of his support for US President Donald Trump.

However, the school officials said in a statement that the attack was "an isolated matter" and had nothing to do with politics, while the Hamilton County police also found no evidence that the incident was a hate crime.

The attackers have been charged with first-degree misdemeanor battery.