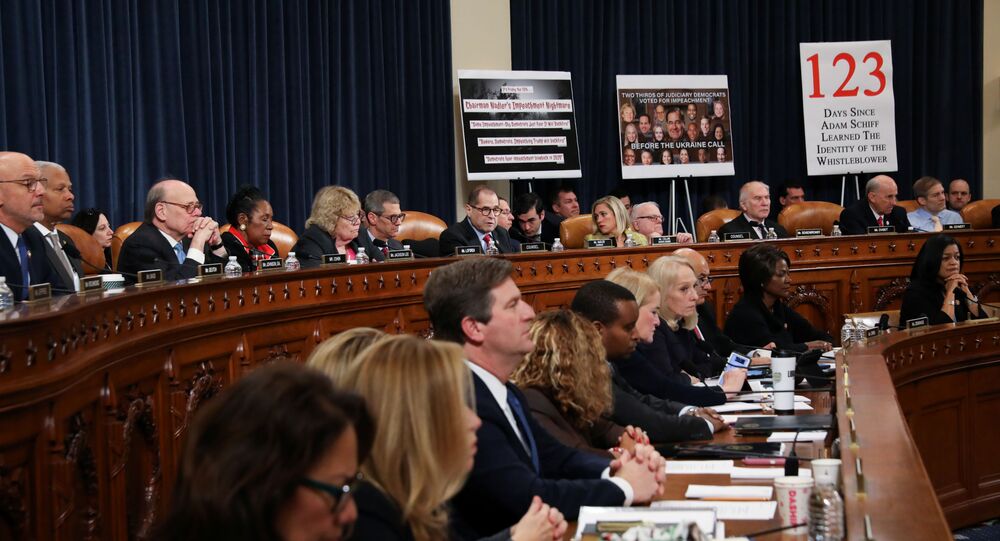 Trump is being accused of abusing his power as the President of the United States in order to try and force Ukraine to investigate Joe Biden, one of the Democratic hopefuls who might run against Trump in 2020.

The US House Judiciary Committee has recommended impeaching US President Donald Trump for the abuse of power, effectively paving the way for a vote in the full House of Representatives next week.

On 13 December, the committee voted 23-17 to advance two articles of impeachment against Trump, one of which accuses him of abusing his power as President of the United States in order to try and force Ukraine to investigate Joe Biden, a US Democratic presidential hopeful who may run against Trump during 2020 election; the other article accuses Trump of obstructing the congressional Ukraine investigation.

The House Democrats reason that the aforementioned charges fall under the umbrella of "high crimes and misdemeanours" which may serve as grounds for impeachment for a US president.

US House Democrats started the impeachment proceedings, accusing Trump of pressuring the Ukrainian president to meddle in the 2020 election by allegedly using US military aid to Ukraine as leverage against Ukrainian President Volodymyr Zelensky in order to persuade the latter to investigate the activities of Joe Biden, his potential rival during the upcoming presidential race.

US President Donald Trump denies any wrongdoing, describing the impeachment inquiry as a "witch hunt" and insisting that the Democrats should subpoena Biden in order to verify allegations that the former vice president pressured the previous Ukrainian administration to end a criminal probe into the Burisma gas company, and his son Hunter Biden in 2016.