Forbes started publishing its annual list of the World's 100 Most Powerful Women in 2004, determining the ranking by examining candidates' net worth, mentions in the media and influence in particular spheres, with Ivanka Trump first making the cut in 2017.

Ivanka Trump, a senior adviser to her father US President Donald Trump, has made it into Forbes' World's 100 Most Powerful Women 2019 list at number 42, two below Queen Elizabeth II, thus beating stepmother Melania Trump.

The First Lady was conspicuously absent from the list.

For the 2019 roster, Forbes cited Ivanka Trump’s role in the White House when explaining her standing in the list, referencing the administration’s statements that she “helped push for the childcare tax credit passed in 2017 and the creation of a workforce apprentice program.”

Ivanka Trump ranked No. 42 on this year's list of the most powerful women in the world https://t.co/OQEFrqWNHH #PowerWomen pic.twitter.com/8saYBfVzG4

​As netizens weighed in on the news, many commented that the ranking had less to do with Ivanka Trump’s achievement and more with her father’s role.

Why? Bullets of what she has done is thin & weak. It’s insulting to the rest of the list of women who worked tirelessly towards their accomplishments. #DoBetter

And without her daddy she wouldn't even make the list

And exactly what has Ivanka done?

I lost interest when I saw Ivanka Trump included.
She is NOTHING without Daddy & has really accomplished nothing except to push her father's bigoted, ignorant & uninformed agenda at taxpayer expense.#PowerWomen

thank you Ivanka Trump for fighting for America.
Nancy Pelosi's actions are evidence that she and other Democrats do not care about America.#ThursdayThoughts #ThursdayMotivation #ThursdayMorning

Honestly I'd give her it. Shes done a lot more on her own then most men or women on these lists. And I dont think shes done much of that. They're all born to power to do nothing and yet the people love them for it

Forbes wrote at the time that only one Trump had made the cut, and it was not the First Lady.

Since its inception in 2004, it was the first time the annual directory of the women who “matter most on the global stage” failed to include the wife of the US president, while also the only time a First Daughter had made the ranking.

As opposed to Ivanka Trump, the First Lady had appeared to have assumed a far quieter role.

In 2018 the former real estate executive dropped five spots from #19 to #24, but still ranked near women such as Queen Elizabeth II, Lauren Powell Jobs, and Oprah Winfrey.

The news comes as Melania Trump and Ivanka Trump’s relationship has been described as “cordial” but “not close” by CNN reporter Kate Bennett in her explosive new book, "Free, Melania: The Unauthorized Biography". 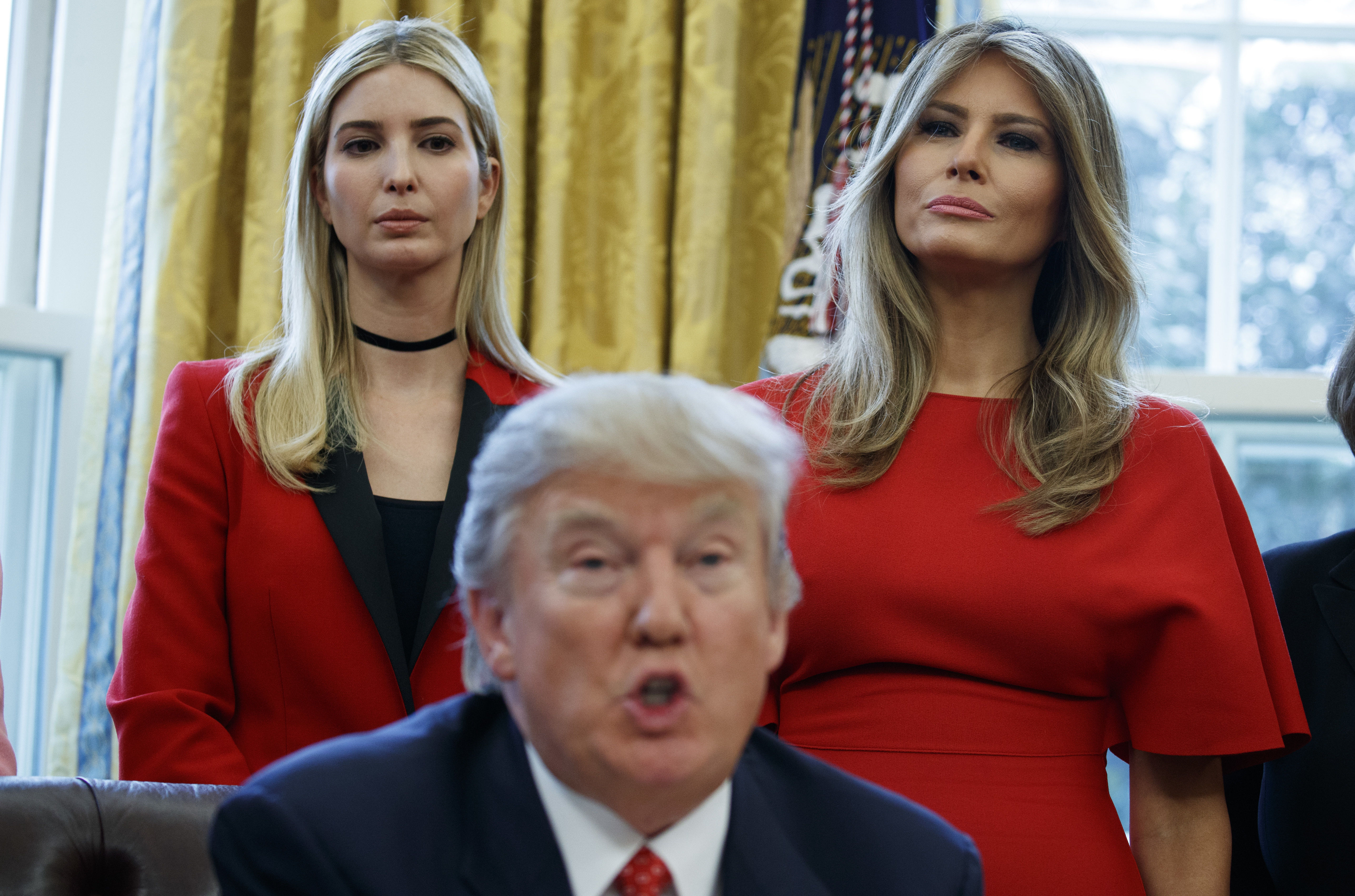 The White House press corps journalist claims in her book that Melania Trump, 49, wields a lot more personal power than people assume, painting FLOTUS as “powerful and influential” in the White House, often weighing in on her husband’s decisions “both politically and in the way he manages his staff”.

The new book also claims to shed light on the First Lady’s tense relationship with Trump’s 38-year-old daughter Ivanka, who works in the White House as a senior adviser to her father.

“The trips were, according to a source, too close for comfort for Melania, who thought Ivanka was invading her turf.”

She added the infamous “I really don’t care, do you” jacket was a jab at Ivanka in Texas.

There have been other reports of the two women tussling for power.

Vicky Ward, author of “Kushner, Inc.: Greed. Ambition. Corruption”, opened up on the tensions between the two on “The Late Show” with Stephen Colbert.

“Melania Trump is the only person in my book who has ever successfully stood up to Ivanka Trump and won.”

The former White House employee and author said the women argued over office space in the East Wing.

Ward claimed Ivanka had a “Trump family office" drawn up for the East Wing.

“This is normally the territory of the First Lady.”

What Ex-Spy Did Ivanka Trump Have a ‘Personal’ Relationship With?