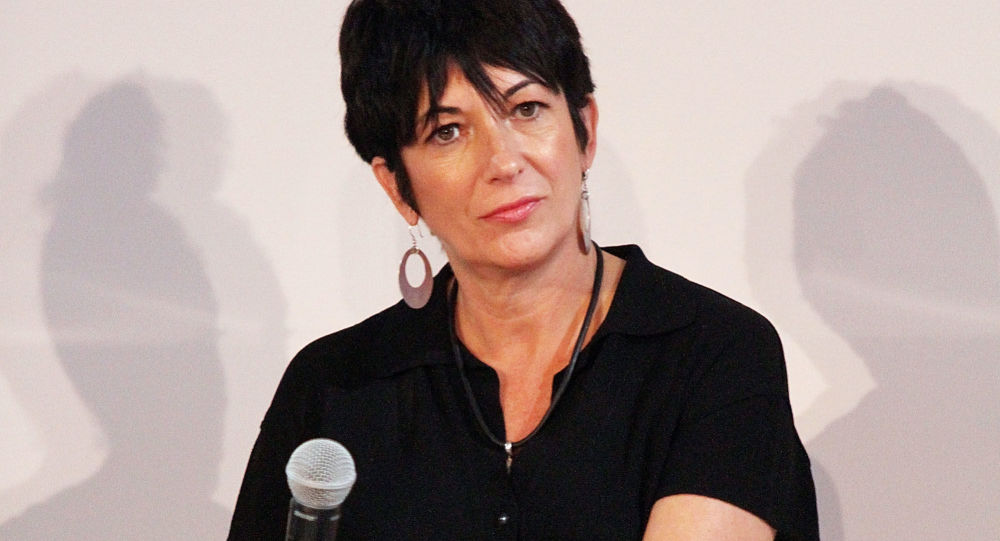 Ghislaine Maxwell, a central figure in the Jeffrey Epstein case, is accused of having procured girls for the late sex offender. A man who had worked for Epstein recalled seeing “modelling pictures of girls” on Maxwell’s computer.

Jeffrey Epstein had a naked portrait of his presumed “pimp”, Ghislaine Maxwell, with her legs wide open hung up at his New Mexico ranch, a former Epstein employee has alleged.

The employee, who worked in “internet, security and communications” for Epstein between 1999 and 2007, told The Sun that the portrait was placed in a huge bathing area.

“There was this huge painting of Ghislaine naked with her legs open, six foot by six foot. She was on a chair, leaning back, with her legs open. You could see everything. She would definitely have posed for that. It was in the basement by the pool,” he said.

“But he had so many photos, there were pictures everywhere. John Travolta, Bill Clinton, and there were a bunch of photos of Prince Andrew in the house, mostly in the common areas. He liked to brag about the people he knew.”

The employee said that the photos were removed in 2005, the year Epstein was arrested on allegations of child sexual abuse and solicitation of prostitution.

Footage of a 2005 raid of another Epstein estate in Florida also appeared to show numerous photos of women and young girls on the walls, some of them naked.

More than a dozen women have come forward – most of them anonymously – with accusations of sexual abuse against Epstein. One woman, a 31-year-old Michigan native identified only as ‘Jane Doe 15’, last month filed a lawsuit alleging that Epstein raped her at the New Mexico ranch when she was 15.

Several women have claimed that Ghislaine Maxwell – the daughter of publishing tycoon Robert Maxwell and Epstein’s former girlfriend – had procured underage girls for the depraved financier. Maxwell has not been seen in public since his death; only one photo of the British socialite has emerged in recent months, showing her at a fast-food restaurant in Los Angeles. There has been no information on any charges brought against her.

The former employee told The Sun that Maxwell spent more time at the New Mexico ranch than Epstein did, preparing for his visits. “I’d see what was on her computers, modelling pictures of girls and that kind of thing, they looked professional some of them,” he recalled.

How did Epstein end up?

In 2008, Epstein pleaded guilty to two state charges of soliciting for prostitution, including with a minor, in a controversial deal with prosecutors that helped him avoid more serious federal charges of sex trafficking. He served 13 months in prison and registered as a sex offender. He was indicted this year again on charges of sexually exploiting and abusing dozens of minor girls, which he denied.

The multimillionaire financier – known for his connections with high-profile politicians – was found dead in his prison cell in Manhattan on 10 August, days after the first suspected suicide attempt. Authorities ruled his death a suicide, but multiple discrepancies in the story have stoked speculation that he was actually murdered by someone who didn’t want to get exposed in case he spoke out.

The FBI continues to investigate the child sexual abuse allegations in the Epstein case.

Epstein’s ‘inmate companion’ – an inmate who help observe fellow prisoners on suicide watch – said he had little doubt that the disgraced sex predator hung himself because another inmate who was held next door to Epstein heard the sound of “ripping sheets” on the night he died.

The 69-year-old confidante, named Bill Mersey, allegedly spent two dozen hours talking to Epstein one-on-one in prison prior to his death. He told the Daily Mail that Epstein was mum about his alleged sex crimes or his victims; neither did he tell on any of his powerful friends.

Mersey recounted: “He was always asking about how to handle fellow inmates. He felt threatened. He asked me, ‘Do I need a shvar?’ [a derogatory Yiddish word for a black person].”

“He told me that when he grew up in Coney Island, he’d been bullied by black guys throughout his youth and he was just really scared of prison.”

Mersey added: “I think he was more afraid because he was a rich man. He was afraid for his physical safety, he thought he was going to get his ass kicked.”

“Mostly chomos - child molesters - hide their crime because that's the lowest thing in prison, along with being a snitch.”