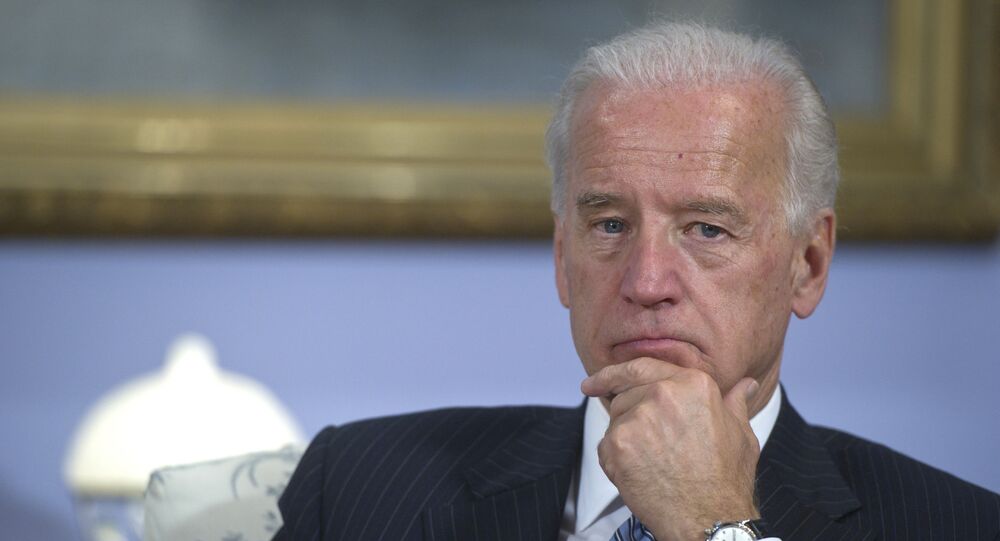 As the Democratic primaries are in full swing in the run up to the first round of voting in February of 2020, frontrunner Joe Biden is attempting to solidify his base of support and win over younger voters who are inclined towards newer and more left-leaning candidates.

Former Vice President and 2020 Democratic hopeful Joe Biden’s top advisers and top Democrats have indicated that he may only serve a single term if elected president, Politico reported on Wednesday.

Four people who regularly interact with the former VP claim it is inconceivable that he would run for reelection in 2024, as he would be serving as the first octogenarian president.

“If Biden is elected,” a prominent adviser to the campaign said, “he’s going to be 82 years old in four years and he won’t be running for reelection.”

The advisor said that Biden's recognition of this reality could bring over left-inclined younger voters who are concerned that his election would prevent younger democrats from ascending to high positions within US politics.

He argued that Biden should serve as a "transition figure" to defeat incumbent President Trump before ushering in a younger generation of Democrats.

Another top Biden adviser revealed that he was considering "a running mate I can turn things over to after four years" but will not publicly make a one-term pledge.

Biden believed such a pledge would be "a nonstarter,” another adviser said, adding that Biden considered it a “gimmick.”

In elite Democratic circles, conversations about Biden’s age and whether to address it with a one-term pledge have become more urgent in recent weeks as Biden has solidified his once shaky standing in the Democratic primaries.

But, for now, Biden remains the favorite, a fact that even the online betting markets, which were wildly bullish on Warren from September through November, now acknowledge.

But Biden’s public statements on running for reelection have shifted over the course of the campaign.

In April, when asked whether he would serve just one term, Biden responded, “No.” More recently, Biden has been ambiguous. In October, the Associated Press reported that when “asked whether he would pledge to only serve one term if elected, Biden said he wouldn’t make such a promise but noted he wasn’t necessarily committed to seeking a second term if elected in 2020.”

“I feel good and all I can say is, watch me, you’ll see,” he told the AP. “It doesn’t mean I would run a second term. I’m not going to make that judgment at this moment.”

However, a Biden aide who supports a public one-term pledge said that if he wins and oversees a successful presidency, he could reverse the pledge if he carries enough support from grassroots Democrats in 2024.

“I think who his vice president is will be very important because people will be thinking about that," he added.

"I don’t think I would make a one-term pledge. You’ve disempowered yourself as president, and I don’t think it helps you as a candidate. It accentuates your weakness. It doesn’t fix it."

Age has been a serious liability for Biden, as his shaky lead in the opinion polls began to be threatened by newer, more progressive Democrats like Mayor Pete Buttigieg and Senator Elizabeth Warren.