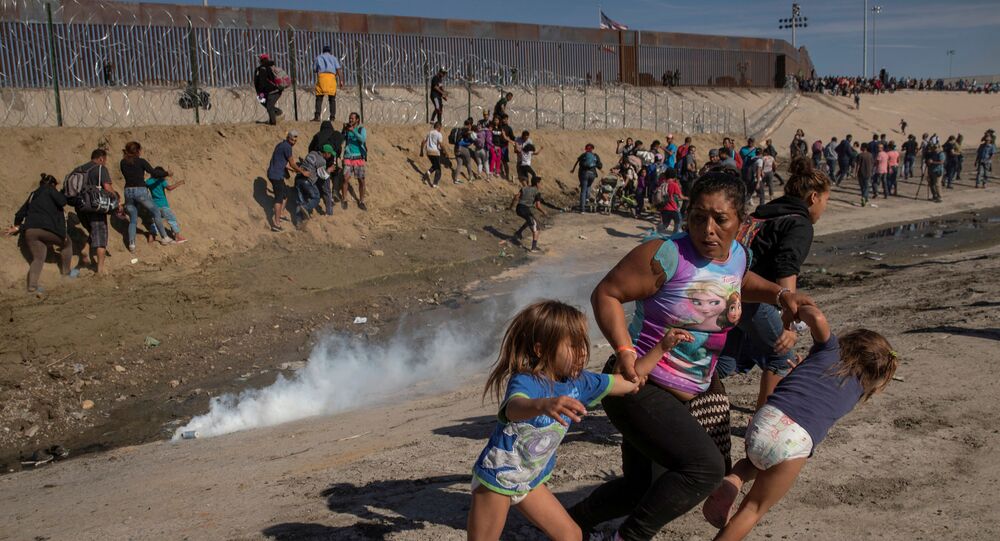 A recent report on forthcoming government data revealed that at least 300 dead bodies of individuals believed to be US-bound immigrants were found along the country’s southern border with Mexico.

Citing US Customs and Border Patrol (CBP) data that has yet to be made public, the Washington Examiner reported Wednesday that agents at the US-Mexico border discovered 300 dead bodies along the boundary during fiscal year 2019 - which began on October 1, 2018, and ended on September 30, 2019.

The forthcoming report includes individuals such as El Salvadoran immigrants Oscar Alberto Martínez Ramírez and his 23-month-old daughter Valeria, who were found dead on a bank of the Rio Grande in Matamoros, Mexico, after unsuccessfully attempting to cross the border and swim into the US state of Texas. The image of the father and daughter quickly went viral and became a point of reference for those opposed to the Trump administration’s immigration policies.

“Most of these deaths are probably among the adults, and they're the ones who take these longer, more dangerous routes to try to evade the Border Patrol,” Randy Capps of the Migration Policy Institute in Washington, DC, told the Examiner.

“It’s an open question as to whether we'll see an uptick in those deaths now that it's harder for people to claim asylum in the US and almost impossible for people to get to stay if they do.”

Additional data from the forthcoming report revealed that border patrol agents detained over 851,000 people who attempted to cross the border illegally in fiscal 2019.

While the CBP announced Monday that the number of apprehensions of undocumented immigrants at the US-Mexico border showed a drastic decrease in November versus May, the Trump administration has also been faced with mounting backlash concerning its past and future handling of the border.

In a December 10 memo to US Secretary of Defense Mark Esper and other various defense officials, the US Defense Department's Office of the Inspector General announced it is launching an investigation into US President Donald Trump and his administration’s “use of US military personnel in support of security operations at the US southern border” and other related actions involving troops and their conduct at the country’s southern boundary.

That same day, the Trump administration’s planned reappropriation of $3.6 billion in military funds for the US-Mexico border wall project was blocked by US Texas Western District Judge David Briones on the grounds that the move was unlawful.