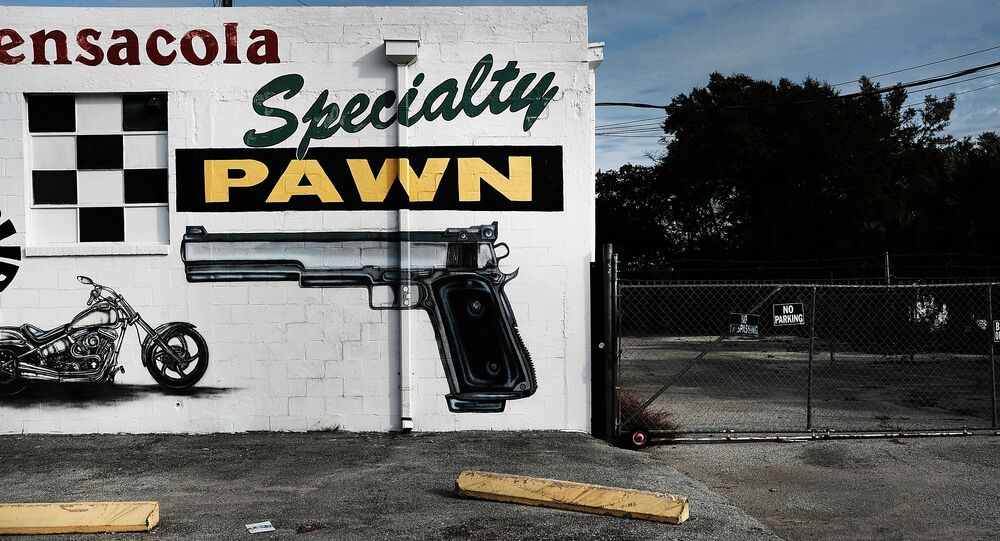 Foreigners who travel to the US with non-immigrant visas (e.g. for tourism, work or study) are generally not eligible to own or buy guns, with some exceptions. One of the exceptions is the possession of a valid hunting license.

The FBI had put up a warning about visiting foreigners who can exploit the hunting license loophole in federal law, Yahoo News reports. This appears to be how the Saudi gunman who went on a shooting spree at a naval base in Florida last Friday armed himself.

The FBI report, a copy of which was seen by Yahoo News, was titled “Federal Hunting License Exception Could Be Exploited by Extremists or Criminal Actors Seeking to Obtain Firearms for Violent Attacks” and issued on 22 May.

What is this exception about?

Under Title 18 of the US Code, non-immigrant visa holders are allowed to purchase firearms in the country if they possess a “valid hunting licence or permit”. Such foreign nationals can also qualify for a firearms license if they are admitted for lawful hunting or sporting purposes, or if they serve as official representatives of a foreign government or are the law enforcement officers of a friendly foreign government entering the US on official law enforcement business.

The report specifically warned businesses that “extremists and other criminal actors” may seek to exploit the hunting licence exception. The FBI also noted that foreign terror groups “have encouraged Westerners to exploit perceived gaps in gun laws to conduct mass casualty shooting attacks in their home countries,” and that foreign residents who come to the US “could use this hunting license exception to obtain firearms to commit violence in the Homeland.”

What does this have to do with the Pensacola shooting?

The FBI has confirmed that the Saudi Arabian national who killed three people and wounded eight others at Naval Air Station Pensacola last Friday, bought his weapon “legally and lawfully” by exploiting this loophole.

The agency said that Mohammed Alshamrani, who was killed at the scene, had used a valid hunting license to buy a 9mm Glock 45 pistol from a licensed dealer in Florida. It wasn’t clear if he qualified for the purchase under other exceptions.

The FBI report was directed to “participating organisations” that receive briefings on relevant issues; it wasn’t clear whether any gun retailers were aware of it. Two Florida gun dealers told Yahoo News they had not received the FBI report. A third owner confirmed that he received bulletins from the agency, but failed to recall the report on the hunting license loophole.

Alshramim, 21, was a second lieutenant in the Royal Saudi Air Force who participated in a flight training programme at Pensacola. US authorities stopped short of describing the shooting as an act of terrorism, but the FBI is treating the case as such. The gunman had reportedly disseminated anti-American tweets and religious sentiment, including quotations of al-Qaeda founder Osama bin Laden and the group’s most prominent propagandist in America, Anwar al-Awlaki. His presumed Twitter account is now suspended.

Florida’s Republican governor, Ron DeSantis, made a point of the hunting licence loophole when speaking to reporters on Sunday. He said he supports the Second Amendment but it “does not apply to Saudi Arabians.” DeSantis is now advocating for more gun control over the possession and purchase of guns by foreign nationals.

What is the US gun law in relation to foreigners?

Since 1998, federal law has barred visiting foreign nationals from buying or possessing firearms in the US if they have entered the country with a non-immigrant visa, with the above-mentioned exceptions. This provision was enacted after a Palestinian teacher who arrived in New York under a tourist visa shot seven people at the Empire State Building in 1997.

Foreign nationals who have entered the US through the visa waiver programme (there are 38 participating countries) do not fall within that ban. Shortly after a series of deadly terror attacks in Paris in November 2015, the House passed a bill introducing restrictions on firearms purchase for participants of the visa waiver programme, but the proposal never made it through the Senate.

In September, the House Democrats introduced and passed three bills aimed to curb gun violence. Neither of them addresses the question of whether firearms should be banned altogether in the US. Earlier this year, the Democrats passed a bill on stronger background checks for firearms purchasers and a bill to close the so-called “Charleston loophole”. Both were blocked by the Republican-controlled Senate.