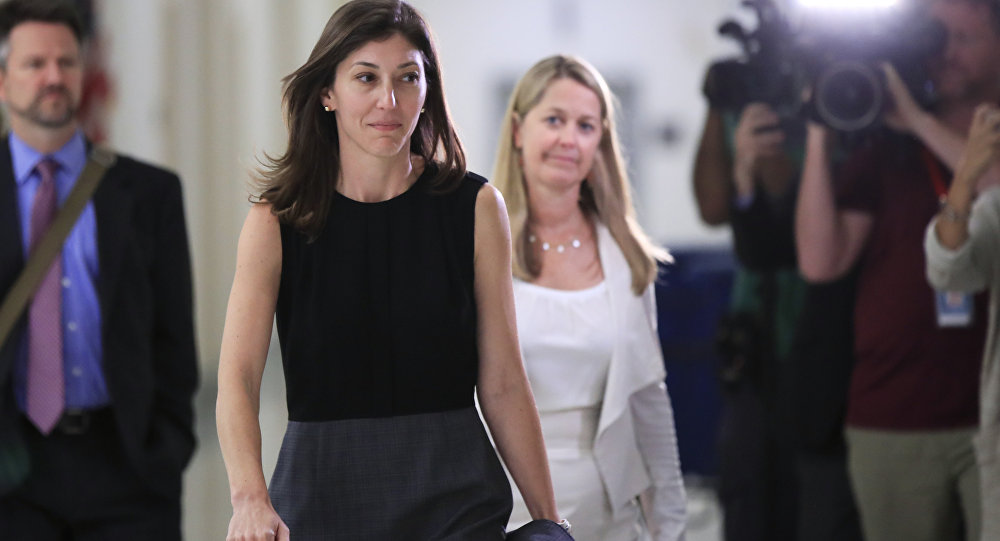 Former FBI attorney Lisa Page has filed a lawsuit against the bureau and US Department of Justice for what she called "unlawful disclosure of information about her to the media."

Page has alleged in a suit brought Monday before the US District Court of the District of Columbia that the FBI and DOJ violated the Privacy Act by disclosing information about her, including communications with another bureau employee, to reporters, claiming the disclosures have brought her social, financial and mental distress.

On December 12, 2017, the FBI released documents to reporters that included 375 text messages sent between Page and Peter Strzok, then the FBI's deputy director of counterintelligence and also Page's lover, that revealed their intensely anti-Trump positions at a time when they were part of the Russiagate probe into alleged collusion between Donald Trump's presidential campaign and the Russian government. The release was part of a set of documents under review at the time by the DOJ's Office of the Inspector General (OIG), which was examining potential bias in the bureau's investigation of former Secretary of State Hillary Clinton's use of a private email server.

I sued the Department of Justice and FBI today.

I take little joy in having done so. But what they did in leaking my messages to the press was not only wrong, it was illegal.https://t.co/ecR58rmxlB

​However, the lawsuit claims that pro-Trump figures in the DOJ and FBI sought to change the narrative that the agencies were biased against Trump, so they "disclosed the messages to reporters for multiple improper reasons, including to elevate DOJ’s standing with the President."

"They did so by summoning DOJ beat reporters to the Department to review the messages at night, prohibiting the reporters from copying or removing the set of messages from the building, and instructing them not to reveal DOJ as the source," Page's lawsuit notes. "This clandestine approach is inconsistent with the disclosure of agency records for transparency purposes or to advance the public interest."

Some of the exchanges between Page and Strzok included Page telling Strzok about Trump "This man cannot be president" and that Clinton "just has to win now." Perhaps the most notorious and telling exchange came in August 2016, when Page asked Strzok, “[Trump's] not ever going to become president, right?!”

Strzok, who was responsible for initiating the FBI's probe into Trump's election campaign, replied, “no, no he won’t, we’ll stop it.”

Page says the spotlight put on her by the disclosures, which could not have possibly aimed to contribute to public discourse, has made her an unending target of Trump and other conservative figures. The suit notes she suffered financial losses including "permanent loss of earning capacity due to reputational damage" as well as the fees associated with the resulting investigations and congressional testimony, her childcare and transportation costs associated with those appearances, the cost of setting up a data privacy service to protect her personal information and the cost of therapy she required to cope with being in the media spotlight and the harassment she suffered. A dollar amount is not stated in the court filing.

In an interview with The Daily Beast last week, Page described how her "heart drops" when she sees that Trump is tweeting about her again.

"When the president accuses you of treason by name, despite the fact that I know there's no fathomable way I’ve committed any crime at all, he's still somebody in a position to actually do something about that, to try to further destroy my life," she said. "It never goes away or stops, even when he’s not publicly attacking me."

Page left the FBI in May 2018. Strzok, who was ultimately fired as a result of the disclosures, filed his own lawsuit this past August, alleging wrongful termination and a violation of his First and Fifth Amendment rights. The former agent claimed the bureau fired him as a result of political pressure from the White House, not because his infractions merited termination.

Page's suit comes on the heels of a Monday report by the Justice Department OIG that found multiple serious failings in how the FBI applied for surveillance warrants on four Trump campaign officials from the Foreign Intelligence Surveillance Court in the summer and fall of 2016, but which concluded there was no political bias on display. However, US Attorney John Durham, who at Attorney General William Barr's direction is leading a wider probe into the origins of Russiagate, said in a subsequent statement that he disagrees with the inspector general's conclusions about a lack of political bias.