The Treasury "designated these individuals and entities pursuant to Executive Order (E.O.) 13818, which builds upon and implements the Global Magnitsky Human Rights Accountability Act and targets perpetrators of serious human rights abuse and corruption", the release said.

The release noted that the announcement coincided with International Human Rights Day.

"Min Aung Hlaing’s military forces were responsible for the brutal security operation that began in August 2017 in Rakhine State and ultimately caused more than 500,000 people to flee to Bangladesh", the release said. "Elements of the Burmese military have committed serious human rights abuse against members of ethnic minority groups across Burma [Myanmar]".

In Slovakia, the Treasury Department sanctioned business tycoon Marian Kocner and six companies that he owns or controls for amassing millions through fraudulent tax returns based on a complicated series of financial transactions, the release said.

In addition, the Treasury Department sanctioned Libyan militia commander Mahmud al-Warfalli, the Allied Democratic Forces militia in the Democratic Republic of Congo, and several members of South Sudan’s opposition forces, according to the release.

The sanctions targeted rights abusers who have killed or ordered the killing of innocents who stood up for human rights, including journalists, opposition members, and lawyers, the release said.

In March, the Treasury sanctioned three senior Democratic Republic of the Congo (DRC) officials at the National Independent Electoral Commission (CENI) for undermining the elections last December. According to the Treasury Department, the three officials carried out numerous crimes, such as disrupting the voter registration process, embezzling money from the government for personal gain, facilitating election delays, and bribing authorities investigating their illicit activities.

In August last year, the US Treasury Department sanctioned four people from Myanmar and two divisions of the country's army under the Global Magnitsky Act in an effort to stop brutal human rights violations, including ethnic cleansing, massacres, and sexual assaults. 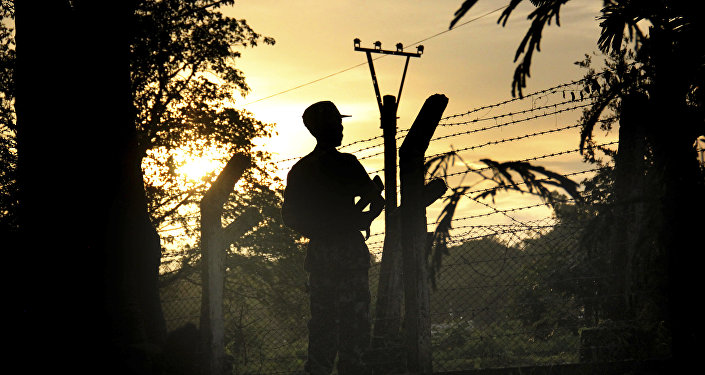 © AP Photo / Esther Htusan
State Department Issues Sanctions Against Top Myanmar Military Officials
The Rohingya, a Muslim minority in Myanmar, have been fleeing their homes to avoid waves of violence following the government's deployment of police and military units in response to an attack by Rohingya insurgents on security posts in Rakhine state. According to the International Organisation for Migration (IOM), nearly 700,000 Rohingyas have left the country for Bangladesh since August 2017 out of fear of persecution.

In late 2012, the United States adopted the so-called Magnitsky Act, which imposes travel bans and financial sanctions on Russian officials and other individuals believed to have been involved in the death of Russian lawyer Sergei Magnitsky. Four years later, in December 2016, then-US President Barack Obama signed into law the Global Magnitsky Act, which expands the Russia-specific legislation to other countries, and allows for sanctions on individuals and entities accused of human rights abuses or corruption.