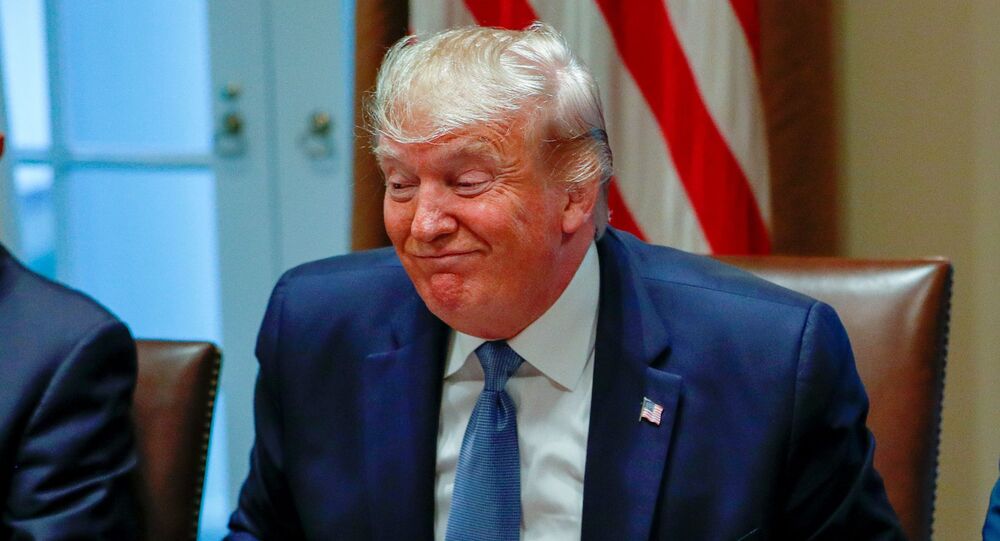 US House Democrats have repeatedly accused Donald Trump of trying to obstruct their impeachment probe by ordering officials not to cooperate. Trump, in turn, slammed the investigation as a biased "witch hunt" and as an illegal blow against him ahead of the election.

Democrats running the impeachment probe into US President Donald Trump have revealed two articles of impeachment accusing him of abuse of power and obstruction of Congress.

"Our president holds the ultimate public trust. When he betrays that trust and puts himself before country, he endangers the constitution, he endangers our democracy and he endangers our national security", Jerry Nadler, chairman of the House Judiciary Committee and one of the Democratic leaders running the probe, stated.

Trump has already reacted to the announcement of the impeachment articles against him, calling them "ridiculous" and accusing Nadler of deliberately ignoring facts that undermine his accusations. He pointed out that the "victims" of his allegedly improper actions as POTUS – the president and foreign minister of Ukraine – have dismissed the claims that Trump pressured them in any way.

Nadler just said that I “pressured Ukraine to interfere in our 2020 Election.” Ridiculous, and he knows that is not true. Both the President & Foreign Minister of Ukraine said, many times, that there “WAS NO PRESSURE.” Nadler and the Dems know this, but refuse to acknowledge!

Shifty Schiff, a totally corrupt politician, made up a horrible and fraudulent statement, read it to Congress, and said those words came from me. He got caught, was very embarrassed, yet nothing happened to him for committing this fraud. He’ll eventually have to answer for this!

US House Intelligence Panel chief Adam Schiff, another leading Dem in charge of the impeachment efforts, defended the introduction of the obstruction article by stating that if Trump's refusal to cooperate with the probe remains unaddressed, future US presidents accused of corruption will also be able to evade accountability for their actions. Schiff went on to accuse Trump of continuing to "undermine" future US elections.

"The evidence of the president's conduct is overwhelming and uncontested", Schiff said.

US House Democrats suspect Trump of pressuring the Ukrainian president to meddle in the 2020 US presidential election by initiating a criminal probe into Joe Biden – one of Trump's most likely rivals in the race. They believe POTUS used US military aid to Kiev and a promise of meeting at the White House as leverage on President Volodymyr Zelensky.