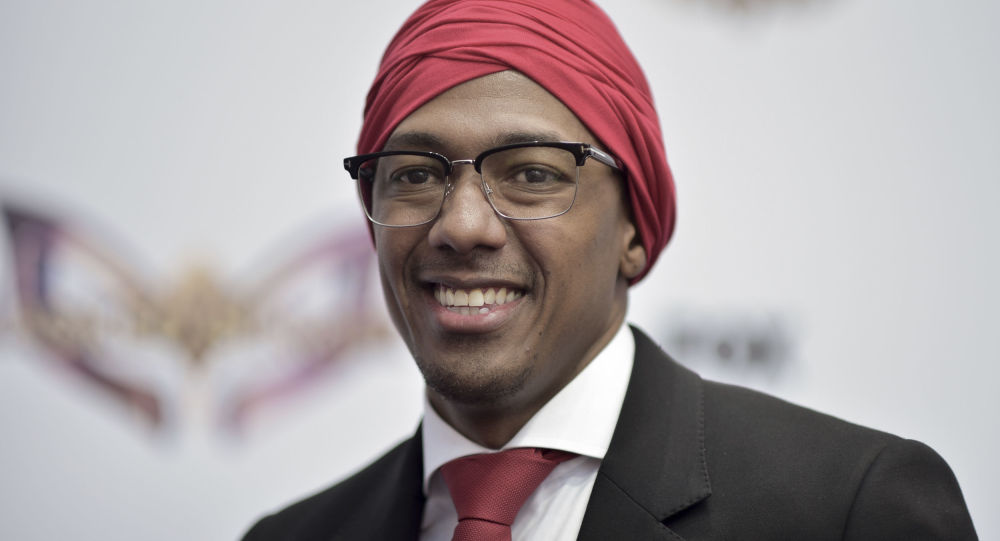 In a new twist in the long-standing Eminem-Cannon spat, the host and actor has been accused of going too far in his personalised and untactful retaliation to Eminem’s earlier tracks.

The US will wake up on Tuesday to see an arguably weird Twitter hashtag trending in the top spot across the country –#ripnickcannon.

However, the “rest in peace” part refers not to his physical death, but Nick Cannon's career, which many claimed is going down the drain, since he “made the trashiest diss track in the history of mankind” targeting rapper Eminem.

Someone even bothered to update his Cannon’s Wiki page:

#ripnickcannon bruh I thought he actually died but turn out he just pissed of eminem. Also someone change the wiki page 😂 pic.twitter.com/cAlcdknPNM

“Imagine losing a battle, before the opponent arrives! S*** embarrassing. Rip Nick!” one posted in response, while another suggested Cannon “is not worth any recording time":

Many seem to have been misled by the hashtag:

Y’all got me crying at frikin 3 am just to find out sir isn’t dead he just made Eminem mad?!?!?!? #ripnickcannon pic.twitter.com/84bqbDFLyO

I actually thought Nick Cannon died, y’all do too much #ripnickcannon

….while others believed Eminem doesn’t need to have his say, alleging Cannon’s diss had “turned against him":

It's so embarrassing ... when you try to make a diss but it turns against you ...
Em probably doesn't even need to answer with a song at this point 😂😂😂😂😂#RipNickCannon #eminem #slimshady #marshallmathers #EminemGOAT #hiphop #hiphoplegend pic.twitter.com/5fyZ9hOYs5

I literally don't even think Eminem needs to reply... twitter is literally doing it for him #ripnickcannon

A different user weighed in saying the goal is quite regular and the diss track had been designed as a PR trick.

Someone tryna make a name for themselves by dissing @Eminem : #ripnickcannon
Me: pic.twitter.com/ABOsdaNUDP

Nick Cannon unleashed his wrath on Eminem after the Detroit rapper branded the radio host and actor’s ex-wife Mariah Carey “a nut job” in his latest disparaging track with Fat Joe.

On Monday, the 39-year-old actor released a new record called “The Invitation” filled with explosive claims about the rapper’s personal life. In it, he addressed Eminem’s verse on “Lord Above” rapping:

“Told Joe to lean back, don’t get hit with this retaliation", he thundered then assuming “white boy” Eminem does “crack".

“The white boy he f— with crack/ Pills and smack, sh—, and he ’bout to relapse".

Cannon then went on to blast Eminem, aged 47, as a father:

“Call Kim, somebody get Hailie", in reference to Eminem’s ex. “And that other kid you raisin’, that ain’t even your baby", Cannon raps touching upon an intimate subject.

“Took a page out of Drake book, this might get a Grammy/ We goin’ back to back ’til you respond on family", Cannon proceeds before moving on to his marriage with Mariah Carey:

The claims came in response to Eminem’s latest dig as he claimed Carey had Cannon “neutered":

“I know me and Mariah didn’t end on a high note/ But that other dude’s whipped — that p—- got him neutered", Eminem raps on the new track. “Tried to tell him this chick’s a nut job before he got his jewels clipped/ Almost got my caboose kicked/ Fool, quit/ You not gonna do s—/ I let her chop my balls off too before I lose to you, Nick".

The stormy Eminem-Cannon feud dates back to when Eminem and Carey allegedly dated in 2001, though Carey, unlike the rapper, has denied the relationship rumours.