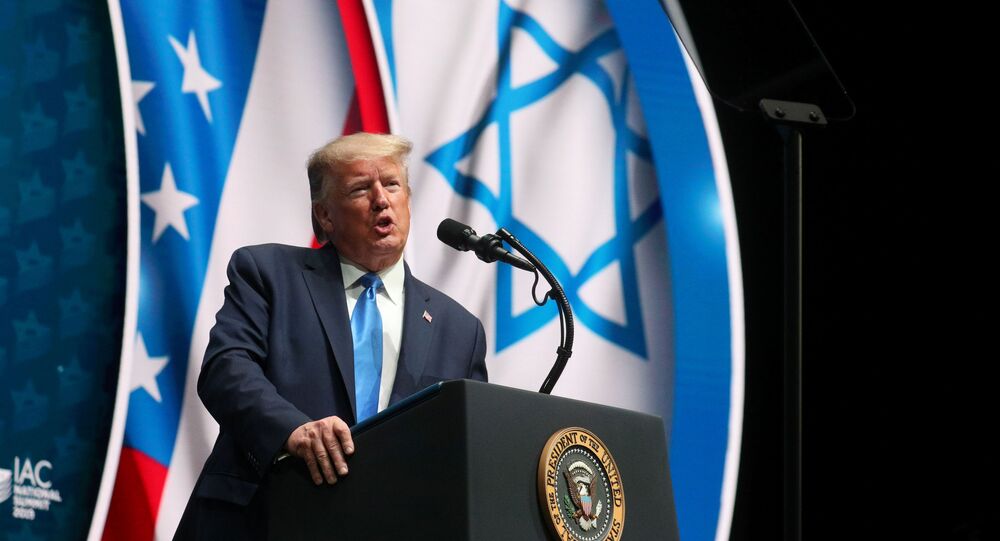 During the Israeli American Council’s 2019 national summit US President Donald Trump urged the rally to vote for him, arguing that American Jews had no other "choice". Trump branded the crowd as "brutal killers" recalling his long-life experience from "the real estate business".

“We strongly denounce these vile and bigoted remarks in which the president – once again – used anti-Semitic stereotypes to characterize Jews as driven by money and insufficiently loyal to Israel [...] He even had the audacity to suggest that Jews 'have no choice' but to support him, and that we should ‘get people out of [our] country’ in order to increase support of Israel", Jewish Democratic Council Executive Director Halie Soifer slammed Trump in a statement Sunday.

Soifer stressed that Trump does not have the support of American Jews, adding that Jewish support for the Republicans dropped 50 percent after Trump took office because “Trump’s policies and rhetoric are completely antithetical to Jewish values”.

“An overwhelming majority of Jews are both pro-Israel and anti-Trump because of his incendiary rhetoric targeting our community and others, and because his symbolic gestures on Israel have not made America or Israel more secure”, Soifer said.

J Street fired back at the US president later on Sunday, vowing to "defeat" Trump in the upcoming presidential election.

"We are going to work tirelessly to defeat this president and those who’ve enabled him, 11 months from now”, the group tweeted.

We’re not going to hold our breath waiting for Trump's supporters to speak out. We are going to work tirelessly to defeat this president and those who’ve enabled him 11 months from now.

​In August, Trump suggested that American Jews who vote for Democrats are disloyal, but did not clarify who or what they were being disloyal to. Trump, who is known to place personal loyalty above all other talents in choosing his cabinet, has sparked deep outrage among the Jewish community in the US.