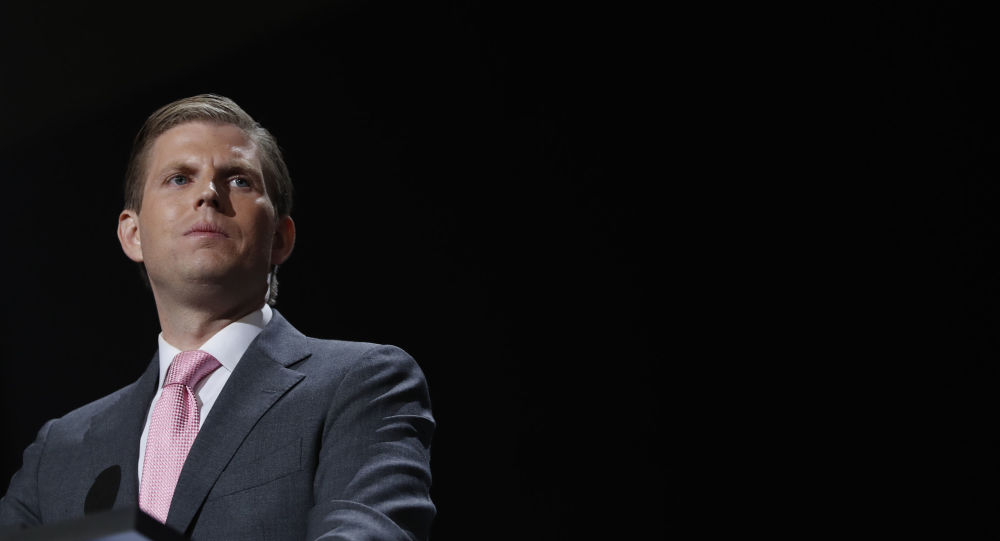 The Democratic Coalition Against Trump, the largest grassroots anti-Trump organisation in the US, on Saturday released a video showing a visit by Eric Trump to Ukraine in 2009. Scott Dvorkin, co-founder of the organisation, called on Congress to investigate the decade-old footage depicting the son of then-real estate tycoon Donald Trump.

"Here’s video I just dug up of Eric Trump in Ukraine. Let’s make this viral. It’s time to investigate Eric Trump’s Ukrainian ties, raise your hand if you agree", Dvorkin tweeted alongside the Eric Trump video.

​The tweet followed Friday's release of photos of Eric Trump, also posted by Dvorkin, from the same event - the Miss Universe of Ukraine competition at the Freedom casino in Kiev, Ukraine - which took place in 2009.

Dvorkin is well-known for his anti-Trump stance. The posting of the footage comes amid an ongoing impeachment probe, launched by House Democrats in September against US President Donald Trump.

An anonymous whistleblower alleged in a complaint - the trigger for the impeachment process - that Trump solicited a foreign power to meddle in domestic US policy by pushing Ukrainian President Volodymyr Zelensky in a phone call on 25 July to investigate allegations against the Bidens in Ukraine. In particular, the business dealings of Hunter Biden, the son of former Vice President Joe Biden, and a primary political opponent of Trump's in the 2020 presidential election cycle. 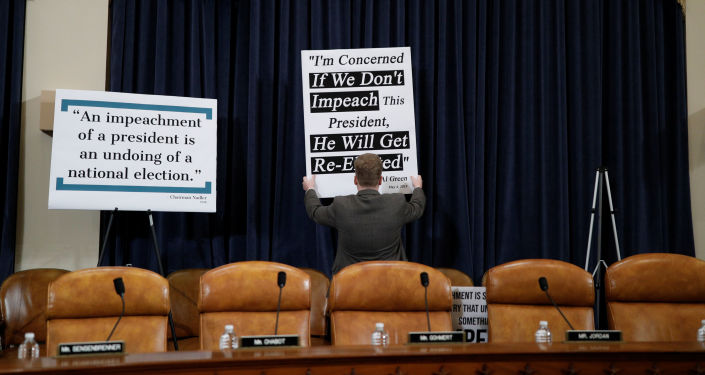 On Monday, the House Intelligence and Judiciary Committees will hear presentations on the next steps of the president's impeachment.

Trump has characterised the probe as another political "witch hunt". The White House subsequently released what it claims is an unredacted transcript of his phone call with Zelensky, which, according to some legal experts, does not show that the US president violated his authority.