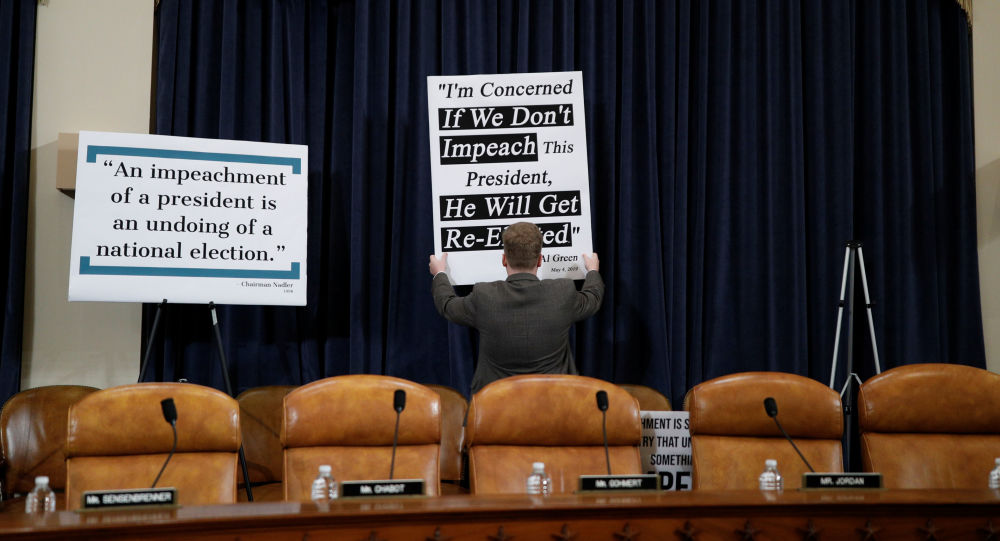 The House Judiciary Committee on Saturday released a report ahead of Monday's impeachment hearing, detailing "the history, purpose and meaning of the Constitution’s Impeachment Clause".

The 55-page document "addresses legal questions about the impeachment process and rebuts false claims about impeachment", the press release said.

The report is an outline of the historical arguments for impeachment and is not, in itself, part of the accusations against Trump.

"Those reports remain useful points of reference, but no longer reflect the best available learning on questions relating to presidential impeachment and do not address several issues of constitutional law with particular relevance to the ongoing impeachment inquiry respecting President Donald J. Trump", the House Judiciary Committee said.

In September, House Democrats launched an impeachment inquiry based on a whistleblower complaint, which alleged that during a 25 July telephone conversation Trump asked Ukrainian President Volodymyr Zelensky to investigate allegations of the Bidens' involvement in the firing of a Ukrainian prosecutor general who had been probing a gas firm in which Hunter Biden sat on the board.

© AP Photo / Thibault Camus
‘Sad, But Yes’: Michael Bloomberg Says President Trump Should Be Impeached
A whistleblower complaint and multiple weeks’ of testimony from US diplomats and others linked to the affair now form the basis of the House Democrats’ argument for impeachment.

The White House declassified what it has claimed to be an unredacted transcript of the notorious July phone conversation. Trump denied any wrongdoing and dubbed the probe a "witch hunt" against him.

A vote to impeach will be followed by a trial in the Republican-led Senate, after which a two-thirds majority vote is required to remove Trump from office.

Impeachment Reveals the Politics of Empire