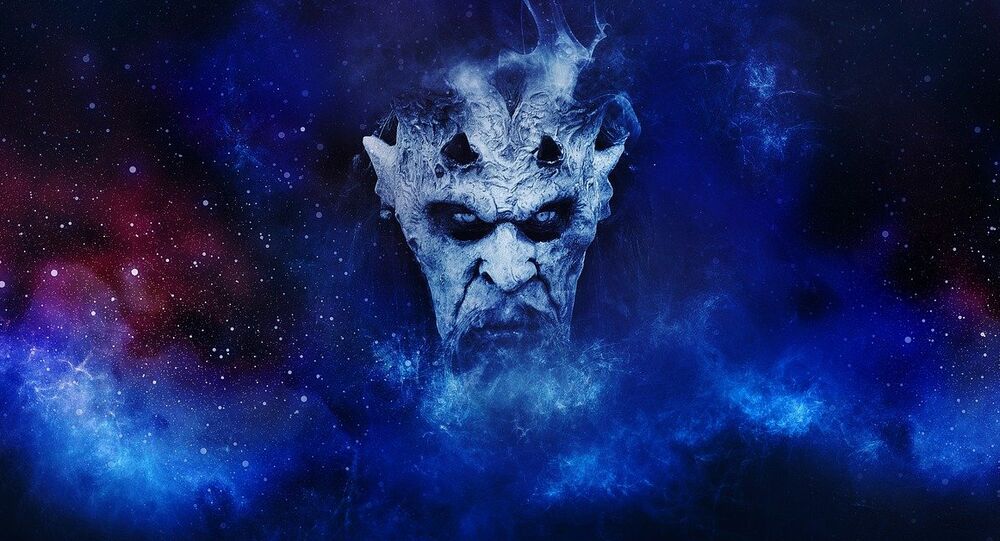 A 49-year-old woman, who describes herself as an atheist and vegan on her Twitter profile, faced an ultimatum from the crew of a flight from Florida to Nevada over her T-shirt from the Satanic Temple - a non-theistic organisation propagating separation of church and state. According to the woman, her outfit was found “offensive”.

© AP Photo / The Satanic Temple
US Naval Academy Now Offering ‘Satanic Services’ For Atheist Students
The woman shared her discontent on Twitter (her account has been made private now), which prompted the company to change their tune, as they pledged to investigate the case and apologise:

'I Love My New Look': UK’s 'First Satanic Barbie' Reveals the Source of Her Inspiration