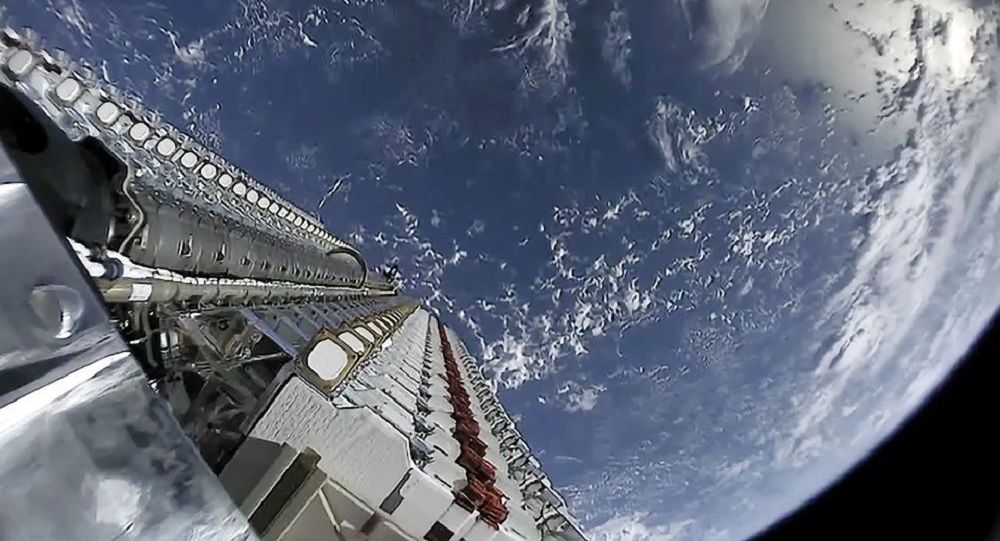 The Space Force could be added as the sixth branch of the US military, potentially coordinating Washington’s capabilities in space and conducting warfare from there. However, this can only happen if the US Congress agrees to add it to the final version of the annual defence bill by the end of the year.

The future of Donald Trump’s proposed Space Force remains uncertain, as fierce bicameral negotiations continue in the US Congress over the National Defence Authorisation Act (NDAA), which is the primary legislation for funding US military projects, The Hill reported.

The Space Force could become the sixth branch of the US military and be established under the Department of the Air Force. Its purpose would be to coordinate US military forces in space and oversee fighting capabilities in a bid to potentially counter threats from anti-satellite missiles.

While both the House and the Senate have acknowledged the necessity of Trump’s long-proposed branch to be included in the final version of the bill, they have not agreed on the structure and name of the new service. The main problem, however, remains over negotiations between House Democrats and Senate Republicans on the construction of Trump’s border wall and funding plans, which could potentially obstruct any agreement on the addition of a space branch of the armed forces to the bill, according to some officials.

Republican Senate Armed Services Committee Chairman James Inhofe earlier told The Hill that the Democrats were using the proposed branch as “leverage” in negotiations on other hotly debated issues.

“Space Force is the thing that they think the president wants the most, therefore, they can say, use that as leverage”, Inhofe said on Wednesday. “But it hasn’t worked”.

Nevertheless, Several Republican and Democratic aides told the Associated Press on condition of anonymity that, in an apparent step closer to the creation of the Space Force, Donald Trump could agree to provide 12 weeks of paid parental leave to federal workers – which is currently unpaid – in exchange for support for the inclusion of the Space Force in the defence bill. The proposed parental leave amendment has been advocated for by many Democrats for a long time, including House Speaker Nancy Pelosi.

In the meantime, Inhofe introduced what is called a “skinny” version of the NDAA that Congress can rely on as a backup if lawmakers are not able to arrive at a compromise, which would include basic military funding necessities, but would not include funding for a space-focused military branch.

Some Democratic House representatives, such as House Armed Services Committee Chairman Adam Smith, are opposed to the “skinny” version of the bill as well, because of the things it potentially leaves out.

© Sputnik / Aleksei Vitvitsky
Moscow Once Again Urges US to Abandon Plans to Resurrect 'Star Wars' Program
This has been echoed by Director of the Aerospace Security Project at the Centre for Strategic and International Studies Todd Harrison, who told the outlet US News that it would be quite “unfortunate if national security space issues become a partisan fight” between parties.

If the Space Force is included in the final version of the bill in the next few weeks and it is signed by the US president, the branch could become operational by 2023, according to officials.