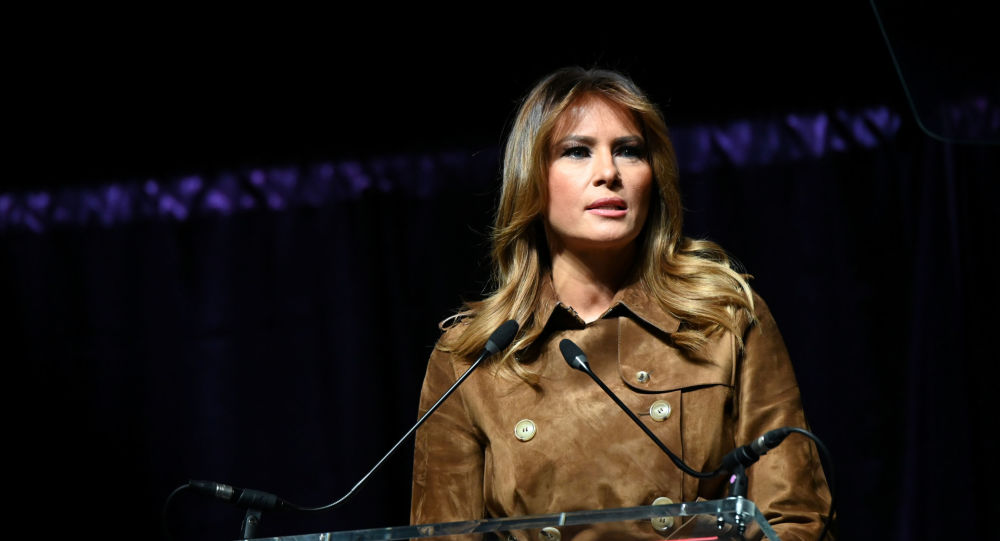 Shortly after the impeachment process moved to the US House of Representatives' Judiciary Committee, FLOTUS Trump started off the Christmas season events with a social engagement at a children’s hospital, where she first paid a visit in December 2018.

Melania Trump has updated her Twitter profile with an inspiring post, letting her fan base know how she “celebrated the joys of the Christmas season” with kids undergoing treatment at Children’s National Hosptal in Washington D.C.

Celebrated the joys of the #Christmas season with children at @ChildrensHealth. We made crafts and read "Oliver the Ornament meets Belle" and even got to see Santa and Mrs. Clause! pic.twitter.com/Ps4tBBmJMP

While many lauded her participation in a project involving joint crafts and an on-stage reading of a book, some apparently noticed a misprint, as FLOTUS boasted of having seen “Santa and Mrs. Clause".

“*Claus. Claus is their surname, not clause. A clause is a group of words that includes a subject and a verb. A clause contrasts with a phrase, which does not contain a subject and a verb", one explained at length, whereas another discerned a certain political context in what the user arguably viewed as a subconscious mistake.

“It's Claus, Santa Claus. Unrelated to the "Necessary and Proper Clause" in Article I of the Constitution", the netizen wrote referencing the clause of the Constitution, known as the elastic clause that vests the Congress with authority to introduce appropriate legislation.

It's Claus, Santa Claus.
Unrelated to the "Necessary and Proper Clause" in Article I of the Constitution.

Many reacted in a similar way, correcting FLOTUS's spelling, including under a hashtag mimicking Melania's Be Best campaign:

In America we say Santa Claus. It’s a surname. English matters. Be best.

On even suggested it could be intentional:

…. but praise for Melania Trump likewise came in abundance:

I was in awe seeing FLOTUS succeed in lighting the lights on cue. Bravo Melania

First Lady Melania upheld a nearly 70-year tradition Friday when she made her annual visit to the hospital, being the latest one in a line of first ladies to visit the Washington D.C. hospital, starting with Elizabeth "Bess" Truman, the wife of former President Harry Truman, a little over 60 years ago. Other first ladies who have upheld the tradition are Jacqueline Kennedy, Eleanor Roosevelt, and Melania's immediate predecessor Michelle Obama.

Melania’s visit came right after the House Judiciary Committee convened its first hearing in the impeachment probe into President Donald Trump on Wednesday, seeing four constitutional lawyers debate what exactly makes up "high crimes and misdemeanours" and whether the president had committed any wrongdoing.

Meanwhile, on Friday, the White House told federal lawmakers it would refuse to participate in “unfair” impeachment hearings against US President Donald Trump, turning a blind eye to the 5 p.m. deadline set by House Democrats. President Trump has repeatedly blasted the investigation as a time-killing “new round of witch hunt garbage” arguing there was no abuse of power in his “benign” conversation with Ukrainian President Volodymyr Zelensky on the prospects of a corruption investigation into the Biden family – the call that underlies the ongoing impeachment probe.