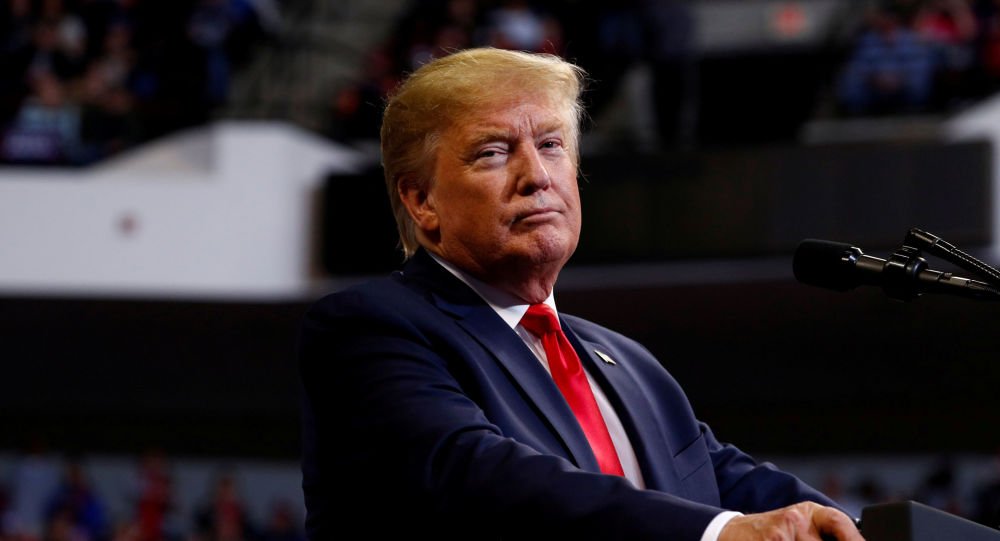 Donald Trump Calls for World Bank to Stop Loaning Money to China, Says it Has ‘Plenty’

China and United States have been engaged in a bitter economic and diplomatic row due to an ongoing trade war and Washington’s support for violent protests in China’s special administrative region Hong Kong.

Donald Trump has called upon the World Bank to stop lending money to China, while saying that Beijing has “plenty of money” of its own or can “create” it if it wishes to. The comments, published on the president’s official Twitter account, were made just a day after the World Bank adopted a new plan to provide China with at least $1 billion in low-interest loans annually despite Washington’s objections.

​On Thursday, the World Bank said that it had approved a new five-year lending plan to support China with $1 billion to $1.5 billion in low-interest loans annually through 2025. US Treasury Secretary Steven Mnuchin strongly opposed the plan, saying to a House Financial Services Committee, as reported by CNBC, that US Treasury representatives on the board had objected to the new scheme. He insisted that the World Bank should “graduate” China from the programme of concessional loans as a low- or middle-income country.

The plan, however, would potentially indicate a “gradual decline” from an earlier average of $1.8 billion, as the financial institution has already decreased its lending to China from $2.4 billion during fiscal 2017 to $1.3 billion in 2019. The World Bank said that the decline in lending was expected in line with the “country partnership framework”.

Trump’s comments come just a week ahead of a new round of US tariffs against Chinese goods slated for 15 December, amid an ongoing trade war between Washington and Beijing. While the world’s two leading economies are still expected to conclude an interim trade agreement before the December deadline following “intense” negotiations, Donald Trump said during a NATO summit this week that he was in no rush to sign a temporary agreement with Beijing before the US presidential elections in November 2020.

“In some ways it’s better to wait until after the election for the China deal. But they want to make a deal now”, the US president indicated.

Apart from economic disagreements, Sino-American relations have further been strained by the recent introduction of US legislation prohibiting the export of crowd control equipment to police in Hong Kong and the admendment of existing laws to allow human rights offenders to be sanctioned in the wake of ongoing protests in the area. China responded to the move by introducing sanctions against a number of US non-governmental organisations, including Human Rights Watch and the National Endowment for Democracy, while condemning Washington’s interference in the country’s internal affairs.