US Speaker of the House of Representatives, Nancy Pelosi, earlier ordered the chamber's Judiciary Committee to compile articles of impeachment against President Donald Trump, noting that he abused his power for personal political gain during a notorious 25 July phone conversation with Ukrainian President Volodymyr Zelensky.

Democratic Senator Chris Murphy alleged that he discussed the Trump impeachment with a "handful" of Republican colleagues who, the lawmaker claims, are considering voting to remove Trump from office, MSNBC broke the news on Friday.

Murphy answered affirmatively when asked whether he had spoken with "a single GOP colleague in the Senate who's even considering voting for impeachment".

"It's a small list, on one hand [...] I don't buy this secret ballot thing. If there was a secret ballot, there'd still be only a handful of them that would vote to impeach this guy", Murphy told MSNBC.

In September, House Democrats launched an impeachment inquiry based on a whistleblower complaint alleging that, during a 25 July telephone conversation, Trump asked Zelensky to investigate allegations of the Biden's involvement in the firing of a Ukrainian prosecutor general who had been probing a gas firm in which son Hunter Biden sat on the board.

The White House subsequently declassified what it has claimed to be an unredacted transcript of the July phone conversation. Trump denied any wrongdoing and dubbed the impeachment probe another "witch hunt" against him.

House Dems have followed through on the impeachment inquiry and have conducted dozens of hearings with witnesses testifying under oath. 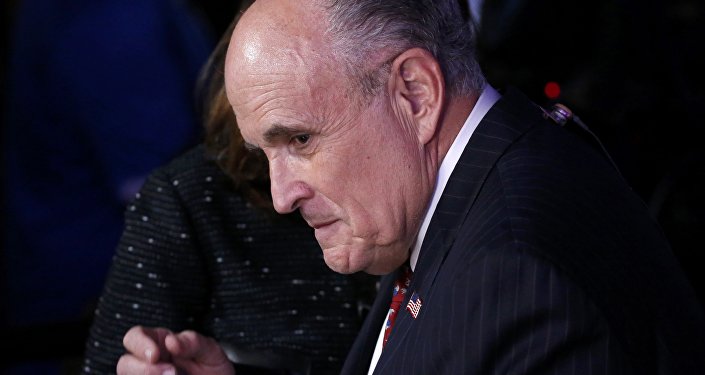 © REUTERS / Jonathan Ernst
Trump Lawyer Rudy Giuliani Will Not Comply With Congressional Subpoena
If the House votes to impeach the president, the focus will shift to a Senate trial to choose if Trump should be removed. The US Constitution mandates a trial in the Senate for president who is impeached by the House of Representatives.

A two-thirds majority in the Republican-held Senate is required to remove Trump from office, meaning that at least 20 Republican Senators would have to support the move, according to the law.

Trump on Thursday suggested a quick House vote on his impeachment as a means of making way for a Senate trial with a witness list that includes Speaker Pelosi, Congressman Adam Schiff, former Vice President Joe Biden and his son Hunter.