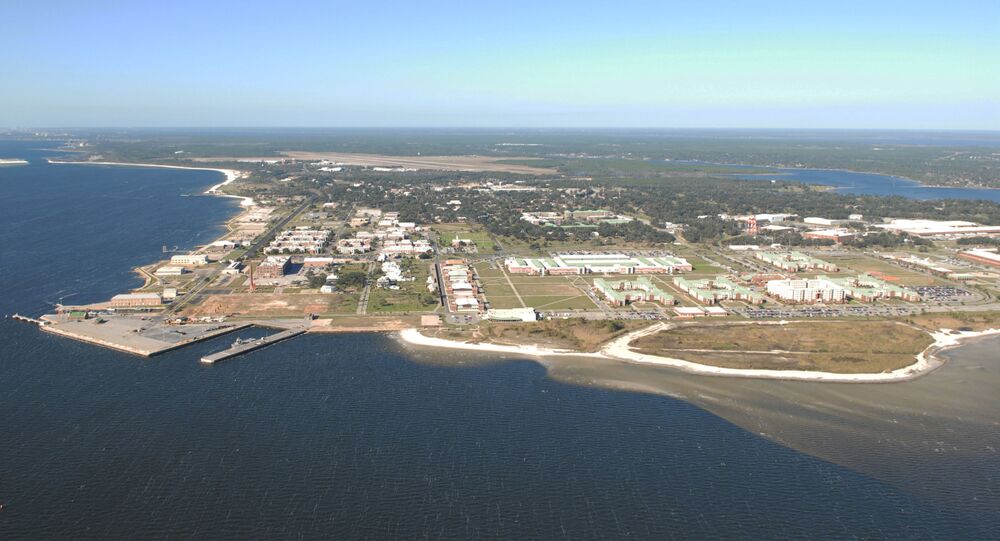 WASHINGTON (Sputnik) - Saudi Arabia's King Salman bin Abdulaziz Al Saud has directed his nation's security services to cooperate with American colleagues in investigating a shooting at a US Naval base in Florida, the Saudi Embassy in Washington announced.

"His Majesty directed Saudi security services to cooperate with the relevant American agencies to uncover information that will help determine the cause of this horrific attack," the Friday statement said.

Earlier, US Congressman Matt Gaetz charcterized the shooting as “an act of terrorism”.

US President Donald Trump, following the shooting, said that he had a phone call with the Saudi king, who expressed condolences and gave "his sympathies to the families and friends of the warriors who were killed and wounded in the attack".

A Saudi air force trainee armed with a handgun killed three people on the premises of a naval aviation training facility in Pensacola, Florida, before being shot dead in an exchange of fire with police. At least seven more were injured, including two police officers.

The shooting came two days after another killing at the Pearl Harbor Naval Shipyard, in which the gunman, identified as Machinist’s Mate Auxiliary Fireman Gabriel Antonio Romero of Texas, assigned to USS Columbia (SSN 771), killed two civilian staffers and wounded another before turning the gun on himself.