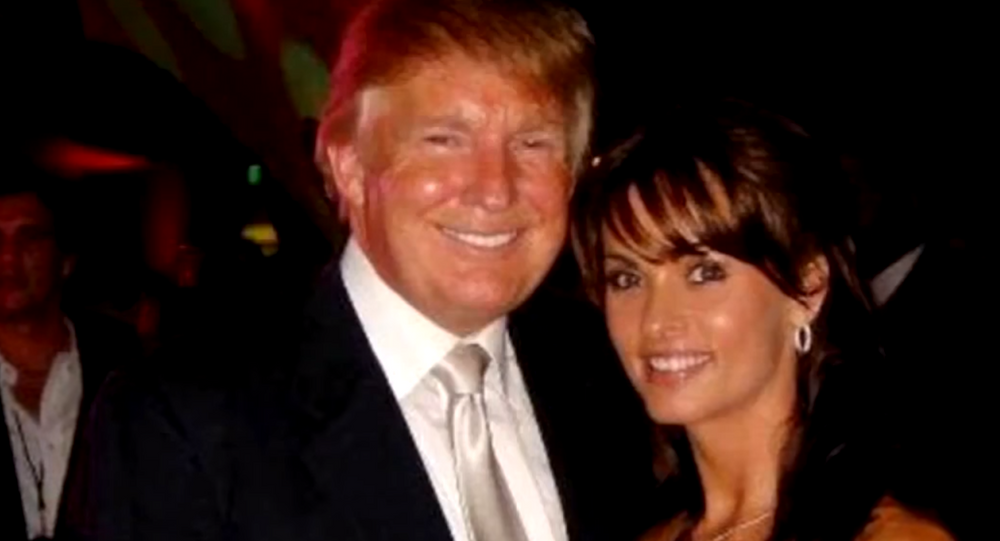 Former Playboy model Karen McDougal is taking legal action against the entire Fox News network nearly a year after one of its hosts claimed McDougal extorted then-candidate and now-US President Donald Trump in the runup to the 2016 election by threatening to publicly reveal their months-long affair.

Fox News opinion host Tucker Carlson’s December 10, 2018, broadcast is now at the center of a lawsuit filed by McDougal on Thursday in the New York Supreme Court. According to court documents, Carlson’s statements on the hush money payments issued to McDougal on behalf of Trump were “intentionally false and made with reckless disregard for the truth” - despite the host’s claim of his program being the “sworn enemy of the lying.”

“Remember the facts of the story, these are undisputed. Two women [one of which was McDougal] approached Donald Trump and threatened to ruin his career and humiliate his family
if he doesn't give them money,” the Fox News host asserted during the “Tucker Carlson Tonight” taping in question, as quoted in the legal document. “Now that sounds like a classic case of extortion.”

McDougal, Playboy’s 1998 Playmate of the Year, drew national attention after self-penned memoirs on her alleged 10-month affair with Trump made their way to the New Yorker via a friend in early 2018.

McDougal went on to detail that their affair - which began in June 2006, a handful of weeks after Trump’s wife Melania gave birth to their son Barron in March 2006 - had “no paper trails,” as she would personally cover travel and room costs before being reimbursed by Trump at a later date.

Prior to the New Yorker article’s publishing, the Wall Street Journal revealed that David Pecker, CEO and chairman of National Enquirer publisher American Media Inc., paid McDougal $150,000 for the exclusive rights to her Trump affair story. Pecker would later admit to his “catch and kill” - or story suppression - tactics.

The White House immediately denounced the report as an “old story” and slammed allegations of Trump’s adultery as “fake news.” However, later interviews and testimonies from Michael Cohen, Trump’s former lawyer, alleged that the then-US presidential candidate was "was very concerned about how this would affect the election.”

Phone calls referenced in federal court documents unsealed earlier this year confirmed Trump did in fact order Cohen to carry out the hush money payments, dismantling the president’s previous defense of having no knowledge of such money transfers.

“No matter which version of Trump’s statements one believes, Trump never once claimed that he was extorted,” Eric Bernstein, McDougal’s lawyer, said in the court filing.

McDougal’s defamation suit is seeking an unspecified amount in damages.