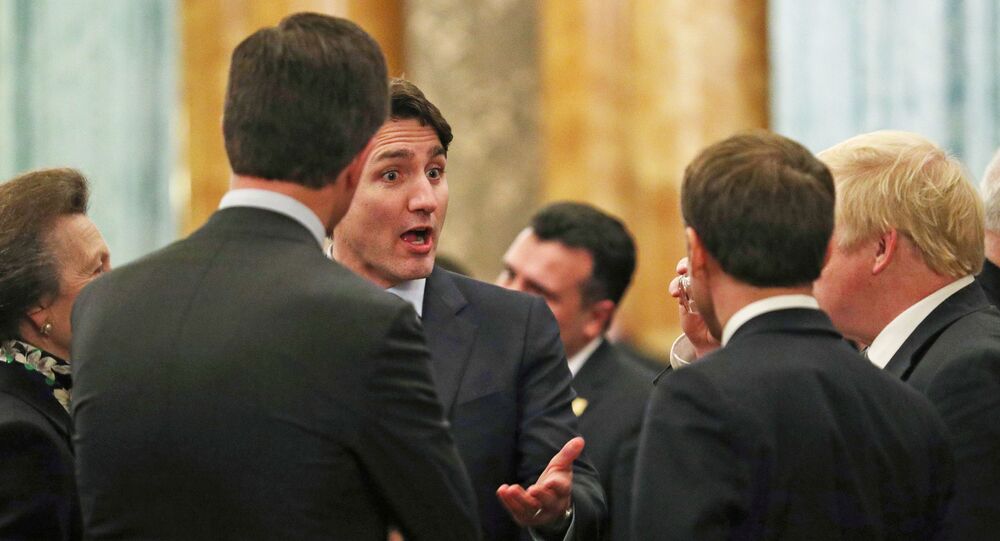 One of the highlights of this week’s NATO summit in London was a gossipy chit-chat between several Western politicians who appeared to be mocking Trump’s lengthy press conferences. Joe Biden, a 2020 Democratic presidential candidate and potential Trump rival, has sought to weaponise that moment in a campaign ad.

Former US Vice President Joe Biden has posted a mash-up video of Donald Trump’s international gaffes as evidence to prove that Trump is inept as a world leader.

The minute-long clip, which has over 2.7 million views as of this writing, starts with the hot-mic moment of Justin Trudeau, Boris Johnson and Emmanuel Macron apparently gossiping about Trump’s “40-minute press conference”.

It then shows members of the United Nations’ General Assembly laugh at Trump’s claim that his administration “has accomplished more than almost any administration” in US history, before highlighting his awkward interactions with Germany’s Angela Merkel and Poland’s first lady, Agata Kornhauser-Duda.

The world is laughing at President Trump. They see him for what he really is: dangerously incompetent and incapable of world leadership.

We cannot give him four more years as commander in chief. pic.twitter.com/IR8K2k54YQ

Biden’s voice-over narrates: “The world sees Trump for what he is, insincere, ill-informed, corrupt, dangerously incompetent and incapable, in my view, of world leadership.”

“And if we give Donald Trump four more years, we’ll have a great deal of difficulty of ever being able to recover America’s standing in the world, and our capacity to bring nations together.”

According to CNN, Biden posted the gaffe compilation just half an hour after Donald Trump returned to the United States from the NATO summit in Britain – in line with his pledge not to criticise the president on foreign policy while he is overseas.