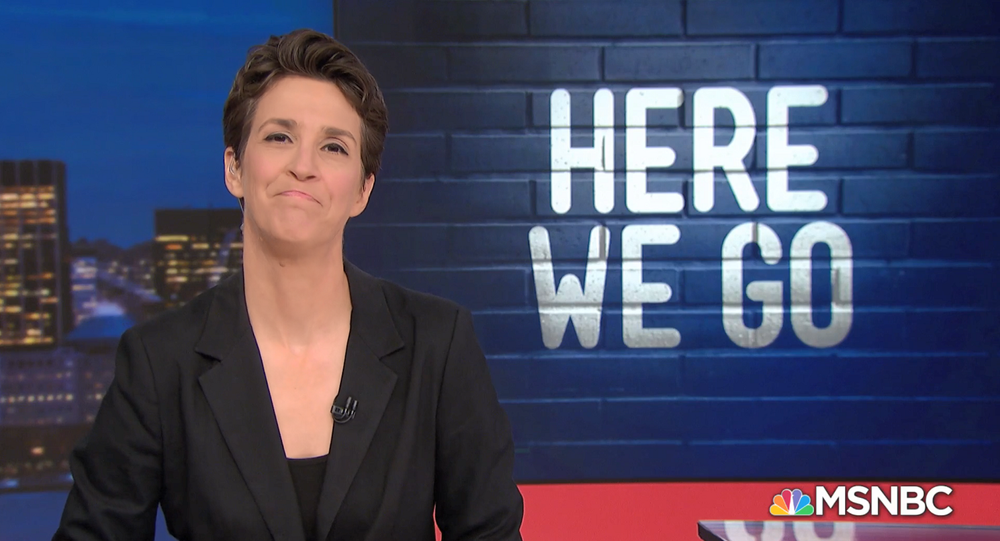 A Santa Barbara linguist may have just dealt the coup de grace to MSNBC anchor Rachel Maddow’s legal defense in a suit brought against her by One America News (OAN) alleging defamation when she claimed the network “really literally is paid Russian propaganda.”

“Maddow did not use any typical opinion-markers when she stated that OAN ‘really literally is paid Russian propaganda,’” Amnon Siegel, a lawyer for OAN owner Herring Networks, wrote in response to a motion to throw out the suit made by Maddow’s lawyers in late October.

Siegel retained UC Santa Barbara linguistics professor Stefan Thomas Gries, one of the most widely cited cognitive linguists in the world, as an expert witness for the legal filing, reported the Times of San Diego, which broke the story Monday.

Noting that Maddow consistently uses markers such as “I mean” and “I guess,” as well as changes in intonation to distinguish her opinions from facts, Gries said in the filing that “there are virtually no lexical, grammatical, or intonational characteristics” that would lead viewers to conclude her statement was an opinion.

“In a highly-structured and transparent way, Maddow separates informational/factual reporting and opinion in a way that marks it as factual,” he noted. “It is very unlikely that an average or reasonable/ordinary viewer would consider the sentence in question to be a statement of opinion.”

“She is a graduate of Stanford and Oxford Universities and a Rhodes Scholar,” Siegel said of Maddow. Noting that misusing the word “literally” isn’t in the reporter’s repertoire, Siegel pointed out that ”on the show, Maddow regularly uses ‘literally’ in its primary meaning,” providing several supporting examples.

According to the Times, Siegel supplied Merriam-Webster Online Dictionary definitions of “really” and “literally” as supporting evidence in his filing, alongside nearly three dozen references to state and federal courts citations and statutes.

​In the segment in question, which aired on July 22, 2019, the MSNBC host blasted OAN for employing Kristian Brunovich Rouz, a former contributor to Sputnik News and a perennial favorite target for Maddow’s Russiagate crusade. Herring lawyers brought the $10 million suit in September.

Maddow lawyer Theodore J. “Ted” Boutrous Jr. has tried to parry the accusations by claiming his client’s use of the word “literally” was “a quintessential statement ‘of rhetorical hyperbole, incapable of being proved true or false.’”

Herring President Charles Herring also said in a declaration attached to Siegel’s response that the network was unaware of Rouz’s prior employment at Sputnik and that “neither Maddow nor anyone from Comcast Corporation, NBCUniversal Media, LLC, or MNSBC Cable LLC [sic]” had sought out answers from his company or OAN before airing the segment in question.