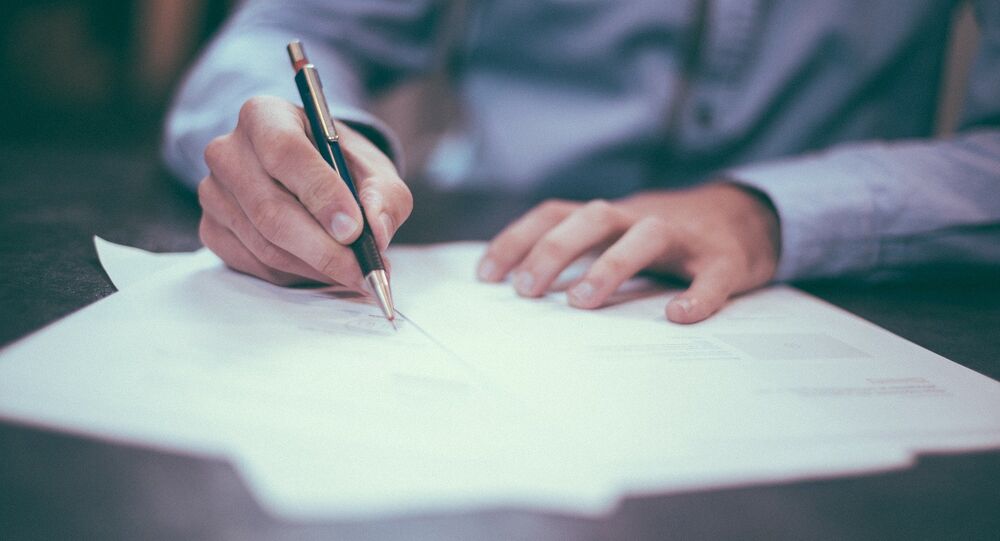 An award-winning American political cartoonist has made a habit of deploying bigoted tropes as a political weapon against Russians. His latest doodle features a nefarious “Russians” figure arbitrarily thrown into a motley crew of ostensible string-pullers of Facebook CEO Mark Zuckerberg.

Mike Luckovich has spirited up satirical political cartoons at the Atlanta Journal-Constitution for 26 years and won a couple of prestigious awards in the process, including two Pulitzer Prizes. His latest cartoon, “BFFs” (best friends forever), takes aim at Zuckerberg for doubling down on refusing to fact-check political ads featured on the company’s social media platform, but in doing so makes use of a tiresome, Russophobic trope that is sadly becoming all too common in the US mainstream media.

“It’s hard to deny friend requests,” a cheery Zuckerberg says in the cartoon, with his arms around a group of nefarious-looking men labeled “racists,” “lying pols,” “Nazis” and “Russians.” The message is clear: Zuckerberg refusing to prune political ads from the site featuring false or misleading content - what one might call “fake news” - is a favor to the groups in question and detrimental to America.

However, Luckovich’s vague swipe at an entire race of people cannot go unacknowledged. He makes no attempt at qualifying this “Russians” category of malicious actors, for whom Zuckerberg is ostensibly opening the door to influence users - it’s simply anybody of Russian ethnicity, or indeed any citizen of the Russian Federation, thanks to the English language’s imprecise terminology.

If this cartoon used literally any other ethnic group - black people, Jews, Native Americans, Romani, Arabs, etc - Luckovich would have hat in hand begging not to be fired for such a racist caricature. But in this age of acceptable Russophobia, in which any Russian is ostensibly an agent of the Kremlin and underminer of American civilization itself, this kind of fear-mongering caricature is acceptable.

If we take a closer look at the cartoonist’s work, though, we find Russophobic paranoia to be a persistent theme, with Moscow itself to blame for anything a Republican politician does or for any benefit or advantage ever obtained by the GOP.

Back in August, Luckovich joined the “Moscow Mitch” dogpile on Kentucky Republican Senator and Senate Majority Leader Mitch McConnell, following the lawmaker’s opposition to election rules changes proposed by Democrats; McConnell was also dubbed “Massacre Mitch” for his opposition to gun control legislation. Both positions have been bog-standard for Republicans for years, but by dubbing him “Russia’s Mitch,” Luckovich suggests that McConnell is a useful idiot for Moscow by forwarding those positions now.

In another cartoon in November 2018, Luckovich attacked Zuckerberg again, portraying him as a lapcat alongside US President Donald Trump for Russian President Vladimir Putin in a cartoon referencing the James Bond film “You Only Live Twice” and villain Ernst Stavro Blofeld.

'Integrity Initiative Is All About Mobilizing Russophobia' - Political Analyst