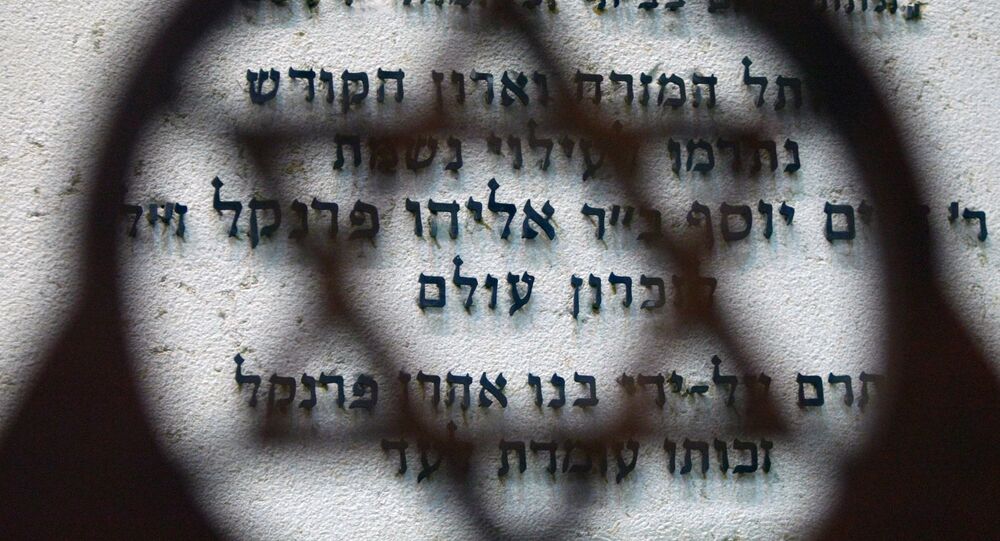 The number of anti-Semitic incidents recorded in the United States throughout 2018 was 1,879, including the massacre of 11 Jewish worshippers, the deadliest attack on Jews in America in the history of the US, according to the Anti-Defamation League (ADL).

Rabbis of the historic Sixth and I Synagogue in Washington DC, told congregants on Monday that anti-Semitic graffiti was found last Friday on a door and drawn on a stairway at the synagogue. The graffiti contained anti-Semitic writings, along with swastikas, according to The Jerusalem Post.

Three rabbis at the synagogue, Shira Stutman, Aaron Potek and Jesse Paikin, emailed congregants that the anti-Semitic graffiti was discovered one day after Thanksgiving. The email, a screenshot of which was posted on Twitter, said that the graffiti “would be quickly fixed”.

I am devastated to learn that my beloved @SixthandI was victimized and defaced with antisemitic Graffiti this past Shabbat. I have no words for what this place means to me. My husband converted there. Rabbi Shira married us. My daughter was named there. I am distraught. pic.twitter.com/NwvAVF4T4j

“In these moments, it’s important to remember that it is not a shame but an honor to be a Jew. It is no small irony that it was our doors, symbols of welcoming and inclusivity, onto which someone spewed hatred and bigotry,” said the email.

The synagogue’s leaders noted that they were not surprised by the vandalism, as anti-Semitic attacks are on the rise recently along with hate crimes against all marginalized communities in the US.

“But we are stronger than a few swastikas; stronger than some impotent graffiti etched into our door. In solidarity with non-Jewish loved ones and allies, we can and will respond to this hateful act with open doors, in resilience and spirit, living Jewish lives of joy, optimism and pride,” the rabbis wrote in the email.

A spokesperson for the DC police told The Washington Post that an investigation into the incident is being carried out.